New age and world music aren’t the easiest genres to garner popularity and notoriety from, but Joss Jaffe has bucked that trend with his recent musical output. After his last album Meditation Music debuted at #3 on the Billboard New Age Albums Chart in 2019, Jaffe has returned with its very worthy follow up Sun Mountain Sea, his fifth proper album. The songs feel positive and purposeful, with a spiritual aesthetic that is blended very effectively with modern pop sensibilities. The vocals couldn’t be any smoother, and the lyrics any more dazzling, covering topics such as unrequited love, spiritualism, innocence, overcoming adversity, and surviving as a working class musician.

For Sun Mountain Sea, Jaffe collaborated with DJ Taz Rashid, with the record’s ten songs building off of the two artists’ past work in transformational festivals. Jaffe also worked closely with the esteemed trumpeter Phil Rodriguez (Beirut, Sister Sparrow and the Dirty Birds), who contributed specific trumpet parts to some of the album’s songs. Each of the ten songs is accompanied by very lively music videos, ranging from custom hand drawings to 3D animation, live dance, surfing, yoga, and experimental sequences.

With such an interesting, emotional, and at times unconventional record, it seemed like an interesting idea to learn more about Jaffe’s musical influences. With his very own Stereo Six, Jaffee outlines for us six essential songs that have really had a strong influence on him as an artist.

“I first heard this song in a coffee shop in South Lake Tahoe. I walked right up to the barista and told her I had to know what that was. She was so happy and said she loved that song too. This is one of those songs I consider to be perfectly crafted. The vocals fit effortlessly with the production. Nothing is overstated. Everything is in the right space. From the first downbeat you’re there with Empire of the Sun on some neo-psychedelic odyssey that works for a road trip, music festival, chillout, pool party, or just cleaning the kitchen.”

“One of my favourite songs of all time. From the extended long synth intro, to the random percussion (are those bottles clinking together?), to the quirky arrangements, to David Byrne’s incredibly high D note at the end of the song, this is a timeless classic. The song evokes happiness, nostalgia, love, reminiscing, childhood innocence, worldly experience, and a spiritual acceptance of life in its most raw and authentic. I first heard this song at a high school party and immediately loved it so much I put the CD player (remember those?) on single-track repeat for a good two hours. It continues to be one of my great song loves.”

“The Cure is one of those bands for me that I love so many of their songs it’s nearly impossible to choose a favourite. For this album project, this song was significant. The propulsion of the drums and the lighthearted almost whimsical approach to lyrics and vocal delivery totally disarms me every time. I feel like a kid again driving around town, going on an exploration, meeting new friends, falling in love, falling out of love, and having it all smashed together in one epic song.”

“Another band it’s impossible to pick a favourite song, but this one looms large in the pantheon for its expansive journey, from finger-picking acoustic guitar, to full-fledged rock anthem at the end. The lyrics evoke the most fabulous journey and retrospective weight that feels like a legend being told in the span of a few minutes.

“From the Houses of the Holy album, one of my favourite Zeppelin albums, it also feels associated with ‘Going to California’ for its acoustic elements from another great album Led Zeppelin IV. While Sun Mountain Sea is much for modern in its instrumentation, the acoustic guitars and a smattering of acoustic instrumentation evokes these seminal ’70s acoustic rock crossover masterpieces.”

“This song was an everpresent placeholder on my playlists towards the end of my time living in the Bay Area from about 2015 to 2017. The incredible vocal deliveries over the pop production with a hint of Afro-beat and polyphonic rhythms create a completely infectious feeling for me which I really love. Other songs such as ‘Omi Cheerleader’ or modern Reggae music have a similar Afro-Caribbean feel with top-notch modern pop production. Several songs on Sun Mountain Sea have touches of this from timbale fills to syncopated sub bass paying tribute to this beautiful style of production.”

“I first heard this song while on tour in Australia playing at a festival called Wanderlust. The song came on after I finished my set and I ran to the soundboard asking what it was. I love the interaction of 16th note hi-hat with the syncopated beat, layers of guitar, and flawlessly delivered vocals. I find Sylvan Esso’s sound to be unique and while we weren’t trying to emulate it on the album I was looking for the way the instruments interlock in a similar way to create a live sound that also has elements of electronic music. An outside the box banger you can listen to on repeat for miles (or should I say kilometres.)” 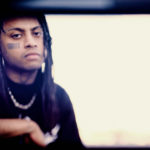 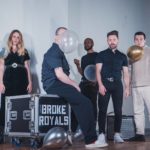