The time that musicians have had to spend off the road over the last couple of years has mostly been a curse, but there have been a few silver linings for some. It’s enabled some bands the time and the open window to shake things up without fear of missing out on the income and notoriety that comes with playing live.

Broke Royals had a very steady formula going… until this pandemic chewed it up and spat it out. The results of this reinvention can be heard on the band’s brand new record Local Support, with the group today unveiling the premiere of the album’s first single “Revivalism.” It’s a nice, groovy rock n’ roll tune with instant radio appeal, indicative of Local Support’s emphasis on groove and wide, rock n’ roll appeal.

Commenting on “Revivalism” and the process of reorganizing the way in which they wrote and recorded, lead singer and guitarist Philip Basnight says:

“How do you start again once the momentum has died? Like many bands, we were stopped dead in our tracks with COVID as touring and even practicing was totally out of the question. Interestingly, this had happened to us years before when we had former members quit to go back to school so the feeling felt familiar. Like the phrase, ‘history doesn’t repeat itself but it does rhyme.’ We had worked so hard to build momentum and suddenly it felt like none of that mattered at all.

“On the flip side, when we did get back in the studio we wanted to make music that sounded fun. People forget that, especially in its earliest inception, rock music is dance music. Rock music is party music. In October, 2020, right as we first started working on the song, Eddie Van Halen died. It was a gut punch for all of us but extra inspiration to stay true to the mission: make a fun rock song about bringing the party back to life.”

Before the pandemic threw everything into disarray, the band members felt good about their writing and recording process, but they wanted their recorded material to be more reflective of their live energy and spirit. So when they began recording Local Support, they knew it was time to throw caution to the wind and operate outside their comfort zone. Producer Bartees Strange was of utmost importance in this process, assisting the band in staying away from safe musical choices, and driving them towards a higher level of risk.

Strange helped drive them towards a more traditional, grooving rock n’ roll sound that would translate extremely well in live settings. Thematically, the songs continue to look at topics like heartbreak, religion, and anxiety, but the energy is different, and that live spontaneity is more apparent. Broke Royals is a band again on the rise, melding the past with a promising future of creative rejuvenation. 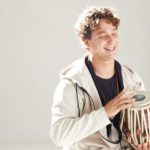 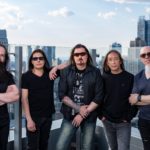