Money… In such an age of uncertainty, it seems like it’s never been more important than right now. But despite our preconceived notions of how to manage our finances, most of us really don’t have a clue what we’re doing.

Enter Jesse Berger, the author of “Magic Internet Money: A Book About Bitcoin.” Berger is a longtime veteran of the Canadian financial industry, an individual who has gathered extensive knowledge of the intricacies of money, working in retail banking, investment advisory, management consulting, and market research. By 2018, he had become a certified blockchain professional, and a big believer in the value of Bitcoin. In Berger’s view, Bitcoin has provided a clear direction forward and a wide array of possibilities for those looking to invest their money, while also challenging the prevailing financial ideologies.

Magic Internet Money: A Book About Bitcoin reviews classic and modern concepts of Bitcoin, and how it relates to cryptography, economics, finance, governance, and more. Berger does his best to unwrap the mysteries surrounding the digital currency, and educate readers on the possibilities as we move into the future.

We recently connected with Berger for an enlightening conversation about his motivations behind writing the book, the economy, FIAT’s potential demise, and some of his favourite Bitcoiners.

When you first came up with the idea or decided to write this book, what was the general thesis? What did you initially set out to accomplish?

Jesse Berger: “Bitcoin is a complex subject because making sense of it requires an understanding of multiple fields such as technology, economics, sociology, game theory, and more. The purpose of my book is to distill many of these topics into concise and relatable terms, to illustrate how Bitcoin connects them, and to explain why that makes Bitcoin uniquely worthwhile.”

How did you decide to format your book in its one-paged-chapter style?

“When I first started working on it, I didn’t set out to write a book. Initially, I created a PowerPoint to explain Bitcoin to prospective investors. However, the deck was so large (over 80 slides) that it would have taken many hours to pitch it, and nobody would have the patience for that. A friend suggested turning it into a book, and I kept the format I established in the PowerPoint (one concept per page) because it felt like a unique and helpful way to showcase my ideas.”

Pick up your copy now for a peek behind the wizard's curtain 😉https://t.co/1CehYVIChd

I like that on every page of the book there’s a relevant quote. From where did the idea come and how did you amass all of the quotes?

“Finding and assigning the quotes to each page was the most enjoyable part of the process. I’ve always loved quotes, and many of the ones featured in the book were in my head for years. I figured they were a great way to add context to the arguments and ideas contained on each page, to make the content more relatable, and to pass along wisdom above and beyond that of my own writing.”

On page 41 of your book, you note that “all past instances of FIAT money end in ruin.” With that said, in your opinion, when will the USD end in ruin?

“Good question, but I’m not falling for that trap (laughs)! When you make predictions, they say to ‘give a time or a target, but not both.’ I’ve given my target, but the timing is dependent on too many factors to predict, including the irrational behaviour of people.”

In your opinion, how much longer does the current iteration of the FIAT system have? Similarly to that, how long can the USD hold off other FIAT challengers?

“I’ll address the second part of the question, since the first part is answered by the previous question. As the global reserve currency, the USD will likely be the last Fiat currency standing. When the dollar falls, the reign of Fiat money will come to its rightful end, but in the meantime, plenty of national currencies can fall around the USD without destroying the dollar standard.”

In your opinion, how bad will the economy get before there’s a crash, change to interest rates, or another outcome?

“We’re getting a taste of it now with general weakness in financial markets, rising interest rates, and rising inflation, but this still feels like the appetizer. However bad it feels right now, the main course will likely be worse. It will effectively be the greatest financial and economic collapse in world history. As bad as it will probably be though, it is a necessary process to purge the enormous resource misallocation of the Fiat era, and the sooner we get it over with, the sooner we can clear the path for a more sustainable, optimistic, and prosperous future. Also, it’s my opinion that, as a sound, viable, and accessible monetary medium, Bitcoin will help cushion the blow of the expected fallout.”

If BTC were to replace the USD as the world reserve currency, how do you envision it would happen? Would one sat effectively become one dollar?

“One sat could reach the purchasing power of a dollar one day, but we’re a long way away from that. In my view, BTC replacing the USD is a gradual process, not a single event. Recently, events like El Salvador and now the Central African Republic adopting Bitcoin as legal tender are dominos in the process, where Bitcoin graduated from a misunderstood toy for hobbyists to a useful yet shadowy alternative currency to credible international monetary network. Bitcoin’s incentives are what started the dominos falling, and its incentives are what will continue to attract everything from individuals to institutions to continue making use of it, until such time that we reach a critical mass, and it becomes the de facto standard.”

How soon before BTC starts properly decoupling from existing markets/systems and begins charting its own course?

“Zoom out. It already has.”

Obviously, you’re keen on BTC, but what other cryptocurrencies, technologies, or DeFi products might have your interest?

“Here’s the thing: Bitcoin solved a real-world problem. It forges trust in an untrustworthy environment. While other crypto products have iterated on Bitcoin’s innovation, none have proven to be legitimately trustworthy. Sure, we have seen some interesting concepts come from the wider world of crypto, but if you look under the hood, just about every single time you can find a meaningful flaw in their technology, their governance, or in their incentives. Whether it’s closed-source development or a team of executives that have central power over product changes, there is always a reason not to trust ‘crypto.’”

As you know, Coinbase recently announced that in Canada, due to government regulation, users have to provide specific information when transferring crypto to other users. Thoughts?

“Canada’s government and regulators are currently ill-equipped to deal with the type of innovation Bitcoin brings to the table because of outdated regulatory frameworks, and because they appear to disdain that which they cannot control. As has been the case with almost all AML/KYC implementations, it makes business more costly, creating a moat for wealthy incumbents that stifles upstart competition, pushing volume towards more welcoming jurisdictions or into black/grey markets, and they never actually seem to catch any bad actors, making the whole exercise a waste of resources. Canada would be much better served embracing this industry and its economic benefits while collaborating with industry to strike the right regulatory balance.

“Also, always take your coins off exchange; not your keys, not your coins.”

What are your plans with this book, including promotion thereof? Any thoughts or plans on an expanded edition, or part two?

“I did a ‘book tour’ from my living room when I published the book during COVID in October, 2020, doing the rounds on Bitcoin and finance podcasts. I wrote the book with the aim of creating something timeless, something that would not need an update. If anything, I’m considering writing a children’s book about Bitcoin next.”

1. @francispouliot_: Because he has effectively dedicated his life to Bitcoin and self-sovereignty, and he takes no prisoners.
2. @TheGuySwann: Because he’s read more about Bitcoin than anyone else you know, and he’s a skilled communicator when it comes to explaining it.
3. @nvk: Because he is so damn optimistic, and because you need to learn how to take custody of your coins.
4. @LibertyBlitz: Because he’s been fighting for everything Bitcoin stands for before Bitcoin existed.
5. @MartyBent: Because he delivers the straight goods about Bitcoin’s micro and macro developments daily. Also, I recommend signing up for his newsletter.
6. @sovrynmindset: Because his tweets are always extremely thought-provoking.
7. @SGBarbour: Because he is doing as much as anyone to physically decentralize mining, has great insight on Bitcoin’s relationship with energy, and because he actively exposes why ESG is a scam.
8. @dergigi: Because he is brilliant to the point that I suspect he might be a time traveller, and he can meme with the best of them.

Similarly, what top Bitcoin YouTubers do you recommend following and why?

“I highly recommend BTC Sessions YouTube channel (@BTCSessions on Twitter). He is a long-time Bitcoin educator (as ‘long-time’ as anyone can be in this space) that does thorough and easy-to-follow tutorials for using wallets, nodes, and exchanges. In addition, he hosts a weekly show called ‘Why Are We Bullish’ where he brings on a panel of guests to discuss current events in Bitcoin.”

What’s your theory or best guess as to who or what is Satoshi Nakamoto?

“I don’t even try to venture down that rabbit hole. I think we’re all better off if nobody ever knows. The mystery is part of Bitcoin’s allure.”

What is the best Bitcoin book and/or documentary you’ve ever consumed and why?

“Bitcoin is General Wealth, a short film written and narrated by Tomer Strolight, and produced by Matt Hornick. I love this film because it literally brings a tear to my eye every time I watch it. Not only is it beautifully produced, but it bears an incredible message of hope for the future while succinctly explaining why Bitcoin is so important.”

You’ve lost a bet and have to get a Bitcoin-based tattoo. What are you getting and where?

“I don’t have any tattoos, so I’ve got a clean slate to work with (laughs). Rather than the Bitcoin logo, which is too easy of a choice and also bad opsec, I’d probably go with something like ‘∞/21M’ because it’s elegant and timeless. I wouldn’t make it too big, and I’d probably put it inside my forearm so it’s visible but not too obvious.” 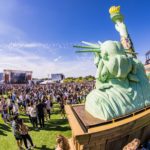 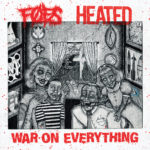