Fox Lake, the Denver-based hardcore hip-hop group, has unveiled the pounding new single and music video, “Dog Eat Dog.” Per a recent press release, “[t]he music video for this track is fast-paced and dynamic, demanding your full attention. The intentionally curated visuals emulate contemporary hip-hop videos while maintaining the pure energy of hardcore. The band prides itself in melding those genres with the brilliance of pop song structure and memorable modern metalcore moments. The song opposes the ‘dog eat dog’ mentality that is so prevalent and urges the listener to reject the fears that can penetrate our daily lives.”

Commenting on the song and its lyrical content, the band states:

“‘Dog Eat Dog’ is the combination of everything we want this band to be known for. It’s energetic, catchy, aggressive, thick, accessible, and incomparable. We wrote the bones of this song years ago, and it was one of the first songs that stuck out when we came back to the studio to start work on the music we’d be releasing this year. We pushed ourselves a lot on the instrumentation and even more so on the composition, and the finished product reflects so much of what this band is and so many of the tenets we want to build our future on. Lyrically it deals with owning the fear that controls so many people, stepping up and over it and moving past something that would stop other people in their tracks. It also touches on people’s inability to engage in any meaningful discourse and the ‘dog eat dog’ mentality that permeates today’s political and social landscape. While the chest-beating and bravado is there, the core of the song is something very real and very critical of the fear that so many people will succumb to.” 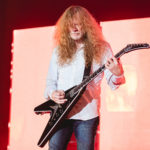 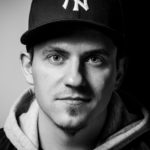