On Tuesday, April 12th, there’s no denying one thing: You Will Hear Thunder. That’s because Mensa Deathsquad will be releasing their thundering new full-length record, their third and the follow-up to Cyclist and Patient Zero. The new record finds frontman Brandon Phillips delivering his most raw, authentic work yet, a highly emotional release that finds him tapping into the rawest, vulnerable places of his psyche.

When Phillips found himself ready to make another record, he knew he was capable of something groundbreaking, but he was hesitant to jump back into the same creative routine that produced the band’s first two records. He could feel that his process was getting a little toxic, so he changed it up, teaming up with musician Barb Morrison (Antony and The Johnsons, Blondie, Deborah Harry) who became like a musical mentor to him on this record. Barb helped him in steering away from his normal process towards a new approach that he stuck to until finally, he had an album on his hands.

Phillips is a longtime veteran of the music scene, not only as a musician and songwriter, but also as a former member of bands such as The Gadjits, The Architects, and Other Americans. With You Will Hear Thunder, he approached composing the record like he was making an album that was missing from his music collection. It’s an approach he learned a long time ago from Bad Religion’s Brett Gurewitz, and it worked out quite well, with You Will Hear Thunder heavily inspired by Phillips’ longtime love of new wave, post-punk and electroclash.

With You Will Hear Thunder now arriving, we recently connected with Phillips for a special track-by-track rundown of the record in which he gives us all the juicy details on each song.

[‘See this body as delicate as foam…’ – Dhammapada]

“There is this Buddhist idea about the human body… We should be attuned to it and aware of it but not cling to it. I happen to find that idea fascinating not only because it has the ring of truth to it, but mostly because that it is so totally at odds with my experience and the experiences of the people around me. We struggle with things like chronic illness and body dysmorphia and right on down the list to plain old vanity. We love and revile and adorn and modify and destroy our bodies. We live in a time when a person’s struggle to feel at home in their body is a revolutionary statement. Anyway, my brother dared me to open the album with this one because it was weird and unexpected.”

“This was the song that signaled to both me and Barb Morrison that an album was taking shape. Barb helped me find a place where it felt safe to just go to pieces emotionally, with the tape rolling.”

“I kept performing this experiment over and over while making this album: ‘Try playing some Nation Of Ulysses sounding guitar over an electro beat.’ ‘Rats’ is one of the weird and wonderful things that came of that experiment.”

“So, I was writing at least one new song per week at this point. I did the demo in a couple of hours and sent it off to Barb and within minutes I get this text back: ‘Dude, did you write this to yourself?’

“The only honest answer is yes, in part. Mostly this song is about the sack-of-shit male abusers who enforce this pitiful version of manhood with violence. They’re the one’s who taught me. But then there’s still me, needing to unlearn and un-teach myself.”

“I decided to live openly, skinlessly when possible. To just accept that I am a sack of emotions and trust people to deal with that. Saying it is one thing, learning how to actually live this way has been… a journey. So maybe another song about it will help make me comfortable!”

“Before some pedantic Russian literature major comes for me on Twitter, I’ll simply out myself; Yes, it is a line from an Anna Akhmatova poem. But not just any poem, a poem that veritably drips with such melancholy swag that it was ALWAYS destined for a place in dark dance music.”

“Every time I make a record, I intend on blowing a kiss to the Jesus and Mary Chain. Every time I try however, it comes out like a John Hughes movie theme. #FancyProblems #MeMyDrumsAndYou”

“Why are songs about toxic codependency sexy? Why do confessions of self-betrayal make me want to fuck? Please fix this.”

“Some of us love really deeply and that condition is not an easy one to manage. The highs are euphoric and the lows make you want to lay down in front of a fucking train. At least, if we have a song, we can find each other.”

“There are few things that cause my gorge to rise quite as acutely as the pressure to conform. Instantaneously flips my bitch switch. Thus, this song is deliberately discomforting. #NotSorry”

“If you know, you know but I’ll never spill it.”

“So Barb Morrison likes it a lot when you do stripped-down versions of really personal songs. Part of what makes them a badass producer is that they want that naked emotional core of the song on tape way more than they want the dressed up, ego-protecting, 808’s-with-a-symphony-orchestra version that hides whatever delicate truth you were so desperate to tell when you wrote it with a flashlight under the blankets.

“Now, if there are two things that are true about me, one is that my stubbornness is the stuff of legend; and the second is that I have seen enough ‘acoustic versions’ performed to know that performing an acoustic version of anything is not something I am going to be a part of. Conundrum, right?

“Enter, my lifelong love of Bob Fosse. It crosses to downstage center and says the line, ‘Hey, why don’t we take this song that is basically a theatrical parable of problematic maleness and do it in the style of Brandon’s ultimate problematic male figurehead who was at once, a master of theatricality and an unbelievable bastard?’ Whose art makes my heart leap with joy? Bob Fosse. Who’s a terrible role model? Bob Fosse. Perfect porridge.” 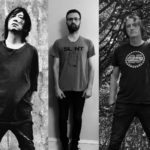 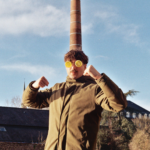