As an artist, a musician, and a voice, there’s something just so virtuoso about performance artist and composer Cellista. And it’s on full display throughout her latest album Pariah, a theatrical, fully immersive batch of seven songs that she released back in October.

Today we are proudly partnering with Cellista to unveil her latest music video for the single “Debris Field (Grand Mal).” In fact, this acts as part one of a four-part series of music video premieres for tracks that can be found on the Pariah record. Beginning today, we will unveil a brand new video each Thursday for the rest of February, along with some form of specially written contribution by Cellista herself.

“Debris Field” is the opening track on Pariah, and it is arguably the album’s most important. In reference to the track, Cellista simply states:

“This opening movement gives the structure of Pariah and foreshadows Pariah’s adventures following her exile from her home of Cloture.”

More than just an album, Pariah also includes a companion book that was co-written by Cellista’s father, Dr. Frank Seeburger, Professor Emeritus at the University of Denver. It’s a multimedia extravaganza that blurs the lines between multiple disciplines and genres. A live staging of Pariah even took place upon the album’s release in October at the Santa Monica Playhouse. It was performed as a dance film directed and scored by Cellista herself.

Cellista is an artist who thinks big, with an unrivalled ambition which is very much apparent in the following piece. Along with the debut of the video, the artist has also joined us today for a very special guest blog in which she goes in-depth on the album, the story of the character she calls Pariah, and her motivations for the project. Stay tuned each Thursday for the next video in this wondrous series.

Dancing in the “Debris Field”

“Pariah was born in the shadows of the debris field where the wreckage of inequity situates itself.

She mirrors the biblical story of the Transfiguration, a story of othering that I find myself constantly alluding to in my work. She was conceived from my feelings of isolation, fear, and worry within ‘pandemia.’

My work examines the ruptures of daily life, seeking to illuminate the fragmentations between members of communities. I call my work stage poems after those of the French artist Jean Cocteau. These stage poems are acts of resistance art: politically-concerned, observant, and revealing. I hope to break down the borders between audiences and performers, as well as genres and disciplines in a collective act of witnessing.

These works demand to be seen.

Pariah continues in suit. Pariah, our hero within this stage poem, is different from her community. She is cast out of her home of Cloture because those who gaze at her see a truthful, often painful and ugly reflection of themselves.

The townspeople react to this truth with the same ugliness as is reflected.

Pariah is violently cast out. A raging mob surrounds her and cuts off her hair. After this humiliation, she is thrown down the mountaintop on which Cloture is situated. Bruised and bleeding from her fall, Pariah awakes in the forest at the bottom of the hill in a fever dream.

Pariah is a symbol. She is representative of my reality and the realities of the communities I encounter every day.

During the early pandemic, I left my home of San Jose, California for my childhood home of Colorado. The Bay Area was very much on my mind as I composed Pariah.

This region, embedded with the spirit of organizers and community advocates, is where I found my creative voice.

As a working musician, I opened my eyes to the collision of destitute poverty, alongside overt and uncaring wealth. I watched my colleagues, whose lives frequently intersected with other marginalized communities, struggle to stay afloat. The arrival of the pandemic only illuminated the existing fragmentations we crisscrossed day-after-day, often unwilling to see: The Ghost Ships, the tent cities, the insurmountable cost of living, the weight of gentrification, discrimination; all unending inequities that we, as audience and witness, are complicit in.

With open eyes, Pariah steps out of the shadows and into the very landscape of debris we inhabit. Here, she unveils herself and invites us to see her as Wanderer.

In doing so, she rebuilds our world with the very fragments that surround us.

The title: “Debris Field” is a title taken from an exhibit by multimedia artist Greg Bordowitz. I encountered this exhibit at MoMA (The Museum of Modern Art) in New York City.

The composition: The piece was originally written by composer Peter Colclasure who I met during my time in San Jose. As frequent collaborators, I was honoured that Peter generously lent me his composition, originally scored for piano quintet, and allowed me to arrange it for narrator, soprano, piano, drums, cello, beatboxer, guitar, and hip hop orator with the considerable help of arranger Charles Barrett. Its original title is ‘Grand Mal.’ 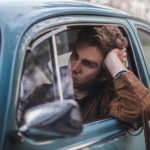 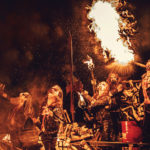