There’s an undeniable ’60s sound and feel to Sam Kogon’s latest musical output, and for anyone who knows anything about the singer-songwriter, that probably comes as no surprise. Today we unveil “Barbed Wire,” Kogon’s latest single that comes off of his forthcoming self-titled four-track EP on which he has been hard at work.

The ‘60s vibe all too suits Kogon, a man who grew up on classic melodic pop-rock and even briefly served as the lead singer of the reformed version of the ’60s baroque pop group The Left Banke in 2015, best known for their 1966 hit “Walk Away Renée.” Since then, he has worked hard at honing his own sound, releasing two albums of psychedelic power pop, the most notable being 2016’s Psychic Tears.

Said Kogon about his latest single:

“‘Barbed Wire’ is a song about accepting love, denying love, unrequited love, infatuation, and coming out of the closet. It’s inspired by two friends exchanging songs they write as coded love letters. One friend wants their love to come off the page and the other friend can only express their true feelings in song. Running away with or from someone who isn’t emotionally available can get you tangled in the barbed wire fences they put up at the first signs of vulnerability, so I chose that as the title of the song.

“The one friend trying to move forward is asking (rhetorically), ‘Is this love? Is this love? I need to know right now…and could you even tell me right now.’ They already know the answer: sometimes there isn’t a happy ending or closure; sometimes we get burnt like tires, and that’s ok.”

Based in Westchester County, north of New York City, Kogon takes a minimalist approach to his songwriting. He demoed the four songs on his new EP by recording them onto a four-track tape recorder, before arranging them more thoroughly with his band. They then recorded the songs at Stewart Lerman’s Hobo Sound Studios in Weehawken, New Jersey, establishing a partnership with musician John Agnello who served as producer. Agnello is best known for his work with Dinosaur Jr. and Kurt Vile, and provided the influence and experience that Kogon was seeking. Their association came about in a rather roundabout way when Kogon was cast as a backing musician in Martin Scorsese’s award-winning crime drama The Irishman. After hitting it off with music supervisor Stewart Lerman, Kogon was referred by Lerman to get in touch with Agnello and the two instantly hit it off.

For fans of classic-sounding pop-rock with a dash of psychedelia, Kogon is keeping the sound and the legacy of this movement alive and well. 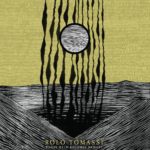 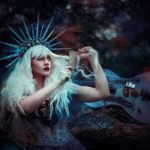