French indie pop-rock artist Dude Low is back on January 13 with his latest single, “Amnesia,” to introduce a cosmic musical era. The single surrounds the idea of escapism and embarking on an otherworldly journey. This is the first single of many new tracks to come from Dude Low, all of which will explore the artist’s Ego Trip – which is the name of his upcoming album – and personal discoveries through solitary therapy. Melancholic synth layers and a punctual hip-hop beat create an almost magical sensation of following a rabbit hole, even if you’re unsure of the ending.

The lyrics in “Amnesia” hit home for anyone feeling lost or uncertain about any aspect of life – “I’m just looking for some lightning coming out from the dark. I’m just looking for action buried in the abyss,” Dude Low sings. Certainly, everyone can relate to yearning for an escape from reality the last two years. “Amnesia” provides a sense of comfort in knowing you’re not alone in wanting a break from the real world. “We’re waiting, searching, and maybe for nothing,” says Dude Low.

Dude Low, the modern proletarian, is back for 10 tracks with rich sounds that explore his wandering Ego Trip. From his headquarters (Rennes), he calls for a journey after a year of solitary therapy, far from his tribe: humans. Neither too political, nor too fatalistic, Dude Low spits on what annoys him without claiming to know the solution. Through beats that rub up against hip hop, the artist wants to be uncompromising by creating his own artisanal mix ready to swing his left hook in the unbearable gloom of routine, or by enhancing it with a melancholic caress.

Who said romance was dead? Not Dude Low. Life is like a Wes Anderson movie, it all depends on how you perceive it. Gathering momentum from a run of shows in France, Dude Low has wrapped up recording sessions in anticipation of his upcoming album Ego Trip on Fogwood Records due to be released April 2022. 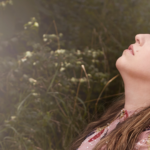 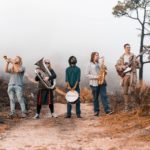