With the global pandemic seemingly on the decline, the world of live music has gradually been returning to the delights of fatigued music fans around the world. Tonight was a show I have been waiting for with anticipation, a gig back in the vastness of an arena the size of SSE Wembley, feeling the music engulf your senses and rocking out arm in arm with like-minded strangers to some incredible tunes. Tonight The Offspring were set to deliver those fantastic tunes and atmosphere that has been greatly missed with the support of The Hives and Bob Vylan.

First on the stage was Bob Vylan. Only catching the tail end of his set as I found my seat, his brand of aggressive hip-hop felt out of place at an Offspring show. Despite the questionable decision to have Vylan support, the talent he exuded could not be brought into question. His lyrics, although angry, were thought-provoking, challenged the status quo, and his stage presence could only be described as a blur of dreadlocks supported by some intense live drumming.

Next to entertain the crowd was The Hives, a band I had not thought about, or even listened to in years. Once again, the choice of support here did not feel like it belonged, but it was refreshing to hear their brand of easy-to-sing-along to indie rock. Taking to the stage in matching suits with glow-in-the-dark lightning bolts, their presence was energetic and full of life belting out a string of their greatest hits including “Main Offender” and “Hate to Say I told You So.”

Vocalist, Howlin’ Pelle Almqvist ensured the audience had the best time engaging with them at every opportunity from getting up close and personal during songs to chatting to random folk in between tunes, including a delighted chap from Lithuania. Honesty, I’ve never really given this Swedish 5-piece enough attention, but from the start of their set to the moment mid-set when they got the crowd to squat in preparation launch into the air at the break of the chorus (of honesty I don’t recall which song), to when they took their final bow, it was an extravaganza of a set!

Finally, the moment everyone had been waiting for! The lights in the arena went dark, a doom-like soundscape engulfed the venue and the band’s Let the Bad Times Roll album artwork appeared on the circular video screen at the back of the stage as Dexter Holland, Noodles and co took to the stage immediately belting out “Staring at the Sun.” As the song shattered eardrums, the backdrop intercut images of the band playing along with Mexican Day of the Dead-inspired artwork and kaleidoscope images. The whole experience was an overload to the senses and it was only the first track!

Without taking a breath Holland and Noodles cut straight into fan favourite “Come Out and Play.” Cheers from the crowd almost drowned out the song as the delighted audience sang along with pure glee. During “Want You Bad,” Holland stopped singing directing the audience to sing part of the verse before the chorus dropped. It was only at this point did The Offspring give the crowd a chance to rest and actually interacted with them welcoming them to the show and expressing their love for London. It was at this point we were treated to “The Opioid Diaries” from their latest record. This was swiftly followed by the arena shaking “Let the Bad Times Roll” with the video scream behind them intercutting animations of fighter jets and pilots. This was then quickly followed “Hit That,” “Hammerhead” and “Bad habit” with Noodles declaring that London sings like angels.

It was at this point we were treated to a segment lovingly referred to as noodling with Noodles as he played a medley of guitar riff favourites from the likes of Black Sabbath, Iron Maiden and AC/DC, to name a few, before an incredible rendition of Edvard Grieg’s “In the Hall of the Mountain King.” Then, the stage went dark and as the lights on stage slowly faded back up, a grand piano had arrived centre stage so Holland could deliver probably the most emotional song he’s ever written, “Gone Away.” Although lighters are now a thing of the past, it was a sight to see an entire arena holding their phone touches. It is cliché and happens so often when a ballad-like song is played at any show, but it always creates an atmosphere that is second to none!

Of course, this is an Offspring show so the sombre section of the show was short-lived and the party was just about to get into full swing! The next 20 minutes or so was jammed packed with the band’s greatest hits including “Original Prankster,” “Pretty Fly (For a White Guy)” and “The Kids Aren’t Alright.” The main floor was jumping, the seated areas were up and dancing and the light show was incredible. The Offspring are not known for being partially animated on stage, but this was not required given the sheer energy coming off the stage, it could have powered London for a month! Honesty this portion of the show was like going camping… It was intense (yes, I made a dad joke).

As the Holland, Noodles and the band left the stage with the usual thank you and good night, it was clear this was not the end. How could it be? Thankfully, the crowd was treated to a second helping of punk rock courtesy of “You’re Gonna Go Far Kid” and “Self Esteem.” It was the last chance to party with The Offspring and the crown took full advantage!

Staring at the Sun
Come Out and Play
Want You Bad
The Opioid Diaries
Let the Bad Times Roll
Hit That
Hammerhead
Bad Habit
Blitzkrieg Bop / Paranoid / The Trooper / Smoke on the Water / Highway to Hell / Panama
In the Hall of the Mountain King (Edvard Grieg cover)
Gotta Get Away
Gone Away (acoustic)
Why Don’t You Get a Job?
Original Prankster
(Can’t Get My) Head Around You
Pretty Fly (For a White Guy)
The Kids Aren’t Alright
Encore:
You’re Gonna Go Far, Kid
Self Esteem 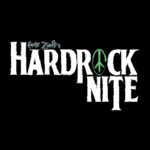