Folk singer-songwriter Shannon Hudson released his inspiring new single “Run Into The Arrows” on November 9. Hudson’s deep voice full of character paired with his incredibly moving lyrics showcases what a true folk singer-songwriter was born to do – tell stories for listeners to find their own meaning in.

Hudson says the inspiration for the single came when training for a half-marathon. “They tell you to run the opposite direction of the car traffic to be safe…[I] realized I was running straight into [traffic].” The singer says he felt exposed to the danger of oncoming cars, yet strong in his ability to protect himself, sparking the idea for the song’s lyrics. Growing up listening to rock and roll of the late ’50s and early ’60s, Hudson was destined to create songs about the pivotal points of life.

In relationships, you have to be courageous and open yourself up to your partner in a way that can be frightening, says Hudson. “The fearless show their vulnerability and run into the arrows.” The folk singer is no stranger to patiently observing life’s most special moments. As a father and husband, Hudson says he still takes the time to write music with a physical pen and paper, delicately reflecting on humanity’s journey. “The more I live my life, the more I believe that you have to be vulnerable to show courage,” says Hudson. “There’s no true bravery unless there is exposure and vulnerability involved.” 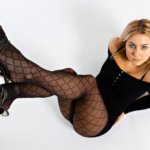 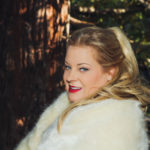