Bahamian indie-folk artist Matthew Pinder released his first post-pandemic single – “Cascade” – on September 17th. The first tease of a new collection of music from Pinder, “Cascade” sets the tone for what’s to come with its relaxed soundscape and raw emotional lyrics that whisper a sense of intimacy to the listener. The new song is no exception to Pinder’s introspective artistry as it represents a fresh start for the artist after a voluntary break from music at the end of 2019.

Collaborating remotely through the pandemic with Mitch Webb and Sara Davis Regan (who both helped him produce the track), alongside musicians Jake Hildebrand (electric guitar), and Dylan Wissing (drums), Pinder admits that “Cascade” is “one of my favorite songs that I’ve written yet.” As Pinder slowly gets back into creating songs, “Cascade” is a promising look at what’s to come. 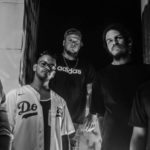 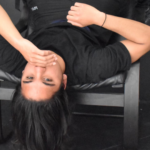