Channelling hints of jazz, soul, hip-hop and electronica over Riah’s meditative, haunting vocal delivery, the duo says: “The texture we aimed to create was inspired by something that was said by Russell Elevado, the engineer who worked on acclaimed neo-soul, R&B and hip-hop records in the 90s including D’Angelo’s Voodoo album.”

Check out our full stream of the EP here.

Their debut project is the amalgamation of those sessions spent playing together and has been produced over the last two years from their respective homes. Their EP has taken on an intergalactic sound, as it travels seamlessly between classic Jazz vocals, Hip-Hop beats and electronic production, reminiscent of the early works of Little Dragon or Hiatus Kaiyote. 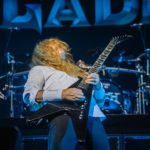