The Metal Tour of the Year would not concede. Originally planned for Summer 2020, the tour was postponed until the last days of summer 2021. The co-headlining tour featured heavy metal heavyweights Megadeth and Lamb of God. Trivium and Hatebreed would fill the support slots. Swedish metal act In Flames dropped off the tour due to international visa complications. Hatebreed stepped in to complete the lineup. Fans packed into the PNC Pavillion in Cincinnati, Ohio on a rainy Monday night. This was one of the first dates to sell out on the tour back in 2020.

Hatebreed’s opening set included new and classic cuts from their entire catalogue. They also paid respect to thrash metal OG’s Slayer with a cover of “Ghosts of War.” Vocalist Jamey Jasta instructed the crowd to put “two horns in the sky if you love Slayer.” Jasta challenged the crowd to be louder than the Michigan crowd the previous night while chanting along to “Destroy Everything.” Hatebreed can and has headlined their own tours. Jasta explained, “when you get that call from Megadeth and Lamb of God, you know the answer.” A fast-paced set from the Connecticut quintet got the crowd’s feet moving with a few circle pits. It definitely set the tone early for how great the rest of the show would be.

Trivium has proven time and time again how much of a mainstay in the world of heavy metal. Album after album, they have consistently gotten bigger and better. Their next album, In the House of The Dragon, is set to release on October 8th. Fans got a chance to witness the first two singles live on this tour. The title track opened their set and “Feast of Fire” was the penultimate track. Trivium’s blend of metal styles translates live very well. The heaviness is not sacrificed by the speed and technicality of the riffs.

Lead vocalist and guitarist Matt Heafy encouraged plenty of crowd participation throughout the set. With more of the crowd filled in, most of them were on their feet through the duration. Heafy also described this tour as a dream come true. The band covered Megadeth songs like “Tornado of Souls” when they were teenagers.

Lamb of God gave a blistering performance, giving pedal to the metal a whole new meaning. Vocalist Randy Blythe told the crowd that they, “returned to Cincinnati to do one thing only, completely fuck this place up.” The production and pyro were on point as an added element to the music. Additionally, Blythe added that they are stoked to play new tunes from their latest self-titled album released in 2020. Between the sizable circle pits, sing-alongs and “Lamb of God” chants, fans were all-in. One female fan suffered a nosebleed, but the band made sure she was alright and taken care of. 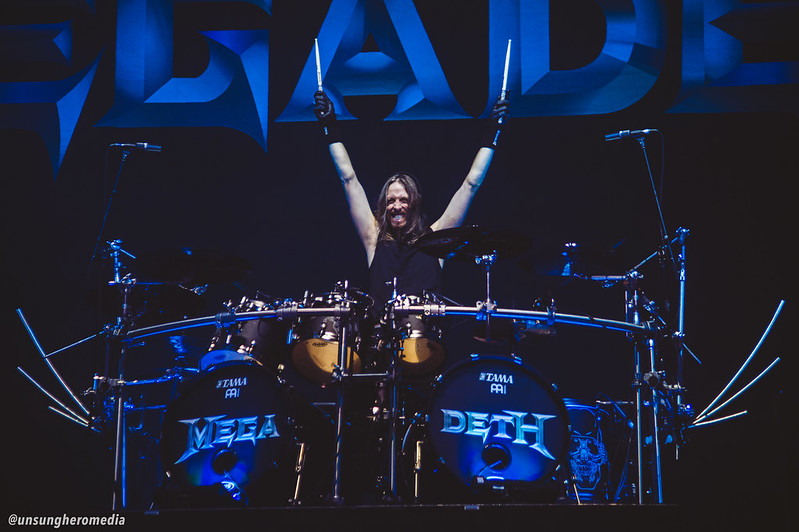 Megadeth opened their set with the classic cut “Hangar 18.” The stage was set with vertical screens and stacks of Marshall amps. Seeing so much production value go into a big metal show was an awesome treat. The combination of a great performance and stunning visuals go hand in hand.

Frontman Dave Mustaine had little to say in between songs. He expressed his gratitude to the fans and added in a “Fuck you, Cancer.” This is the first U.S. tour for Mustaine since 2017 and the first since his announcement of being cancer-free in January 2020. The 10-song finale set included their biggest hits and a couple of cameos from the mascot, Vic Rattlehead. Witnessing a band with a storied career like Megadeth is special because of the fans. You get to experience the effect metal has over the generations of fans at the show. Whether old or young, they all came to see a band that means something to them.

The Metal Tour of the Year has wrapped up in the U.S., but it’s not over yet. Canadian fans can still catch this show in 2022. The 2021 Canadian dates are postponed due to capacity restrictions. And keep an eye on all four bands in 2022 as more new music and announcements are coming. 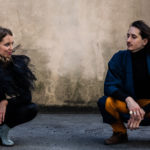 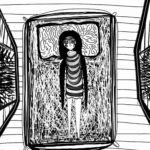