There’s a giant party being thrown and you’re all invited. Brooklyn’s Zoos recently released their new single “Hideaway,” that’s off of their latest album Cover Girl, due out later this fall. The pop-rockers are defined by their free-flowing, no holds barred, enlivening sound that’s welcoming to all ears. Like so many others, when the pandemic hit, the band members decided to use the time wisely, writing and recording their debut EP, as well as constructing their own recording studio in their home neighbourhood. They had built up a lot of positive momentum by early last year, with group headlining shows at several popular New York City clubs, like Knitting Factory, Goldsounds, and Footlight.

Zoos were initially formed in 2018, inspired by popular pop-rock acts such as Phoenix, The 1975, Foster The People, and Coldplay. Bonding over their common musical tastes, singer and guitarist Mitch Meyer and bassist Frank Poma started the band in 2018 when they began collaborating on some synth-laden alternative rock songs. Some months later, Meyer enlisted the services of guitarist and keyboardist Horacio Martinez Michel, who he had known from working together on a previous project. Finally, in November 2019, drummer Tom Corrado completed the lineup.

Music is great and all, but so is booze! That’s why the band has joined us today for a special session of 190 Proof where we switched gears and talked about favourite drinks, how they like their beer, and what drink helps best with songwriting.

Mitch Meyer: “Less of a drinking game, but I love to shotgun a beer. I’ve got this sharp tooth that I can puncture a can with; great party trick.”

“A glass of bourbon is great for writing guitar riffs, gives your riffs a nice southern rock edge. For writing lyrics, if I’m doing a pop song I’ll reach for a White Claw, if it’s a sad song I’ll grab a red wine to really get into the feels.”

If you had to name your band after an alcohol/specific drink brand, what would you call yourselves?

“I think we would be a Michelada because we are equal parts basic and spicy.”

“We are the Nebronis so we would have to go with Negronis.”

Do you like your beer with a lot of foam or are you more of a trim the foam kind of guy?

“Guinness is the only beer that is appropriate to enjoy the foam. If you like foam in your Bud Light you are psycho.”

“I’m usually not a milk guy but a White Russian seems like a nice way to ring in the end.”

“Reminds me of the Chilly Willies we would do in high school. We would pour about an eighth of a shot in a bottle cap and snort it. We would do this at every party until one of the Zumbrook brothers started bleeding out of his nose and then we decided to stop doing that to our brains.”

“Participated in the Tour De Franzia in about 2015. A few minutes and full cups of wine later, everything went dark. Next morning I woke up inside of my closet to discover I puked on all my clothes and shoes. Needless to say, I had a ball cleaning that up in the morning.”

When was the first time you ever drank and what happened?

“I was in Michigan with some family around age 13. I was around the fire late with some cousins and one of my older cooler cousins busted out a 24 pack of the hard stuff: Mike’s Hard Lemonade. Just a nice wholesome night full of cousins puking and jumping in the lake.”

“No, but at an acoustic set a girl tore apart her pickle and cheese sandwich, dropped some on my girlfriend in the crowd and then peed in the hallway.” 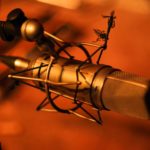 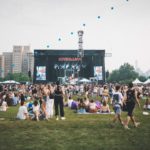