Everyone knew, knows, that Adam Dutkiewicz and Jesse Leach are extremely talented musicians – yet still the world wasn’t quite ready for the top quality packed into Times of Grace’s debut, The Hymn Of A Broken Man. A decade on, now reunited back in Killswitch Engage for the past nine years and three albums, Leach and Dutkiewicz (plus drummer Dan Gluszak) prepare to release perhaps one of the most anticipated sophomore releases in modern metal memory: Songs of Loss and Separation comes out July 16 on Wicked Good/ADA.

Much like the prior album coming from a place of darkness, driven by Dutkiewicz’s recovery from major back surgery and Leach’s relearning to love himself around the unravelling of his marriage, Songs of Loss and Separation channels the dark, depressive and melancholic moods both displayed they were more than capable of invoking on The Hymn Of A Broken Man. The slow opening to the lead track, “The Burden of Belief,” eases the listener onto the river of the album’s journey with the song only reaching its full crescendo in its final quarter – and this slow-burning, methodically building feel is one that can be found throughout the record’s duration.

Much like its predecessor, it’s the moments on Songs of Loss and Separation where the two vocalists intertwine and harmonize over the rich beds of delay-laden, post-rock esque guitar, where the finest parts of this musical journey are to be found. Third track in, “Rescue,” brings goosebumps and hair on the back of the neck standing up, where Leach bares his soul in a song that is lyrically perhaps the closest to a true love song he’s ever penned. Contrasting against the darkness of the other parts of the album, it’s a welcome island in the stream of more depressive downtempo moments as opposed to jarring positivity.

Blending into the sludgy and deliberate “Far From Heavenless,” the album once again returns to its more crushingly heavy themes and this is driven by the vocal performances of both Leach and Dutkiewicz. To have one on a release is a rare hallmark of quality, but a pair of vocal powerhouse performances within one record is special indeed. Surprising for some reasons, and entirely unsurprising when considering the talent he’s previously shown, the lead performance by Dutkiewicz on “Cold” is one of the album’s standout moments – and elevated yet further when joined with Leach stretching emotively to the upper limits of his range.

With The Hymn of a Broken Man, Times of Grace managed to bottle the magic of two outstanding metal musicians and grab the listener with a release that hit as hard on listen one as it does on listen one hundred. On Songs of Loss and Separation there’s a collection of tracks that grow on multiple listens but unfortunately don’t seem to quite hit the heights of its predecessor as consistently – there are those same feelings conjured up and periods of outstanding quality, but at too many places (and occasionally whole tracks) the album feels to remain smouldering when it should be igniting into undeniable flames.

As the album draws to its conclusion it feels a release to step away from and consider before revisiting – and it’s almost certain there’ll be further depths unravelled when Songs of Loss and Separation is lived with for a longer period rather than the few short review weeks leading up to release. Is it unfair therefore to compare this release to a critically acclaimed one that’s had a decade of embedding itself into listeners’ hearts? Perhaps, but if both albums were sat on the shelf, I know which I would reach for to spin four out of five times right now. Songs of Loss and Separation has enough quality to listen again and again over a longer period and will need time and space to show its true potential – how it hits right now, though, is as a great album, as opposed to two legendary releases in a row. 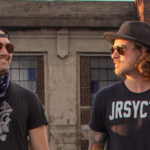 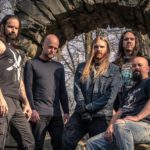