Are you ready for a jam of the old-school variety? How about a wayback playback for all of you FM radio lovers out there? Because that’s what you get, plain and simple, from BLUEOX and their latest music video for “Agogo,” lifted from their debut, self-titled album which just so happens to also be coming out today!

The song has just the right amount of everything in it; a mishmash of blues, hip-hop, R&B, and rock. It stays true to the band’s anything-goes attitude when it comes to songwriting and their creative production techniques which help emphasize that old-school vibe.

With his thoughts on “Agogo,” and its accompanying video, producer and multi-instrumentalist Donny Dykowsky said, “It’s an afrobeat song with layered rhythms and group vocals cradling an interdimensional love story. It’s my summer jam. The video is a collection of people dancing to the song, with hand-drawn lyrics and animation.”

Singer Kieran Sullivan added, “Agogo is definitely the jam. For pandemic reasons we’ve shelved this release for too long, and I couldn’t be more excited for this to drop this track on the world this summer. The video says it all. Put the record on, let the music put you in motion. It’s muy bueno, it’s agogo.”

Stationed in Jersey City, the duo combine haunting melodies and bold lyrics, delivered in a storyteller fashion that makes their musical output extremely relatable. Named after Sullivan’s blue Ford pickup truck, the two met at a local coffee shop where they had an enthusiastic conversation about music and production, which led to a quick writing session. Two hours after that session began, they already had a finished song, with convincing musical chemistry evident between them right from the start. They then began to meet regularly and that chemistry began to blossom even more.

“This album is a collection of songs we wanted to hear, but didn’t exist,” said Dykowsky in reference to BLUEOX’s LP. “It’s the sum of our influences. The themes in this album range from existential and supernatural, to just straight fun. It was important for every song to tell a story, and to bring the listener to a place and time.”

Offering his viewpoint on the album, Sullivan said, “This album truly tells a story and shows the balance of songwriting, psychedelic grooves, and in-your-face rock n’ roll. A true reflection of what someone will experience at our live shows. This album is a surreal emotional conversation with the listener. We’ve painted a sonic landscape to support these songs of bliss, folklore, lust, and love.”

Already showing lots of promise, BLUEOX is making their presence felt, and they want you to know that it’s only going to get better from here. 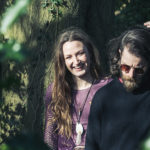 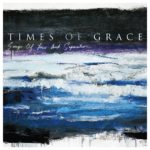