When four long-time independent metal musicians saw their careers hit the rocks in the midst of the pandemic when they watched bands they’d been a part of for years dissolve, rather than packing it in, they had an idea… They decided to join forces to create a new project. This is the fire and the passion that forged Age of Wolves.

When Mike Edwards (vocals), Ray Solomon (bass), Dwayne Laframboise (drums), and Al Yeti Bones (guitars/backing vocals) came together to let the power of the riff compel them once again to see where metal can take them, they did one thing to help inspire musicians of all kinds and metal fans around the world: they caught it on camera.

The docu-series Lockdown 20/21 clearly demonstrates that having a positive attitude can lead to all kinds of amazing possibilities in the face of pressure and adversity. With this band, they were able to show that even when the world seems to be going on a one-way, first-class rollercoaster straight to hell, incredible things can come together when you and your crew lead with your hearts and minds in equal measure.

The documentary combines on-camera interviews with live concert footage of the band from a gig they did to stream live online, plus some behind-the-scenes clips of the members hanging out, revealing just how tight their bond is offstage as well.

Even fans outside of the notorious world of metal can appreciate the truly encouraging message from this documentary. This doc is fueled by the endearing DIY-or-Die spirit the band adapts to their circumstances to come out stronger while letting their blue-collar work ethic propel them forward. Giving up or surrendering is not in the nature of this group and the music fiercely reflects that from the opening of the first track of concert footage dedicated to Ozzy Osbourne called, “Lil’ Burner.”

The focus on collaboration, chemistry, and simplicity really lets the personalities within the band come through to show how all of the music comes together on a practical level to reveal that the truth about this story is about the power of moving forward.

The live concert footage from Windsor, Ontario’s The Back Stage venue reveals the results of the group’s time together during quarantine and how they were able to put all of their feelings, thoughts, ideas, and frustrations completely into the music. Especially on tracks like “Overlord” and “My Love Ends All.”

The story has a happy ending because all of the group’s hard work has already begun yielding real results for them in the music industry. The German label Kozmik Artifacts will be releasing their album on vinyl and Ruidoteka Records from Argentina will be releasing the album as well. 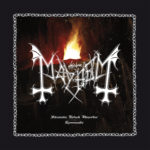 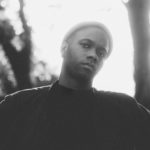