We’re going to do our best today to stick to The Original Plan, with the premiere of The Enigmatic Foe’s latest single “The Suffering Art.” As the songwriting project of Knoxville-based musician Jared Colinger, the song comes from his latest album The Original Plan, planned for release on July 30th.

With flashes of Squeeze, Depeche Mode, and The Smiths, Colinger capably and intelligently tows that thin line between melancholy and upbeat jangly pop, creating that right amount of self-awareness in his songwriting to make it relatable, but also tug on your emotions. It’s been over 15 years since Colinger began releasing music, and in that time, he has developed a real savvy for keeping it simple, while also writing about what’s right there inside of him, waiting to be developed into something musical.

Drawing attention to the creativity that naturally comes with gloom, Colinger said, “Sometimes we go to great lengths to be miserable and stay miserable. I once heard a story about a musician who purposely created strife with their spouse to have song fodder. I certainly thrive on creating songs out of misery. Anything else outside that topic seems a novelty.”

Colinger uses The Enigmatic Foe as an outlet, not just for his emotions, but for his musical aspirations. It’s his gateway to doing things his way, albeit with assistance from a couple of loyal friends, such as drummer Frank Lenz (Headphones, Richard Swift), and guitarist Josh Dooley (Map, Fine China). There’s a concept to The Original Plan, and it’s that we often, or perhaps never, end up where we originally set out to arrive. Circumstances change along the way and modifications to the plan become inevitable.

Musically the album’s 14 songs travel off into new sonic territories, like with the Latin jazz of “Pavlovian Cement,” the southern styling of “Ninety-Nine Percent,” and a 6/8 waltz in “It’s Not Who You Are.” The Original Plan may have changed along the way through the recording process, but the finished product is living proof that things just have a way of taking care of themselves in the end. 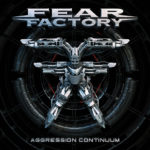 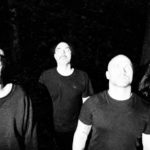