The last few years in the career of LA cyber-metal machine Fear Factory is a checkered one full of line-up changes, internal squabbling, talk of lawsuits and more. It’s a story that has been well-documented in the press and has lead to this album being the final to feature frontman Burton C.Bell. Leaving only guitarist Dino Cazares as the remaining member of the original band, it’s a sad end to this partnership especially considering the strength of the material on Aggression Continuum.

Having created such an unmistakable sound over the years, it should go without saying that Aggression Continuum has all the traits of a Fear Factory record. Recorded samples are peppered throughout the album, Cazares’ pristine, crushing guitar sound is there, there’s the jackhammer drumming, the epic symphonies and of course Burton C.Bell’s mix of clean and harsh vocals. It’s all present but, as opener “Recode” kicks this album into life, and the music lurches through that stop/start crunching metal that will be so familiar to Fear Factory fans, it just all sounds bigger and more epic than ever.

Drenched in almost movie soundtrack-like symphonies, “Recode” is a massive statement of an opener. As Bell roars “I refuse to pledge allegiance to a ceremony of deception,” there seems to be an extra degree of fury in his vocals with his performance throughout his Fear Factory sign-off, being delivered with what seems to be an extra shot of venom.

Following a familiar pattern through the title track and then-recent single “Fuel Injected Suicide Machine,” whatever has been going on behind the scenes, clearly hasn’t affected these musicians’ ability to deliver a flawless album. Larger than life, the symphonies wrapped around the cold, industrial metal are simply sublime. Elsewhere, the LA cyber-machine lurch through the punishing “Collapse” and the unrelenting “Manufactured Hope” while “Monolith” sees Bell make more use of his cleaner vocals. As already stated, his performance on this album is note-perfect leaving some fairly unfillable boots behind as he exits stage right.

Being a long-time Fear Factory fan, it’s been tough watching this band implode but, with Cazares determined to continue the group, and Bell concentrating on his Ascencion Of The Watchers project, it’s going to be an interesting time for both parties. For now, though, sit back and immerse yourself in the harsh, machine-like world created by two of metal’s most creative minds because it is well worth your time. 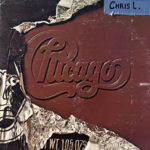 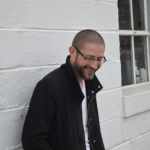