Stepping onto the scene for the first time with his own original music, Olivier has released his debut single “War” alongside a captivating music video. Establishing himself as an emerging pop artist, Olivier showcases his delicate piano stylings and powerfully vulnerable vocals that have captured the attention of over 12K fans across social media platforms. “War” is about fighting a war, not with others, but with yourself. “With many people putting up fake smiles to get through the day, it’s important to remember that everybody goes through some type of struggle whether they show it or not. You are not alone in your fight,” says Olivier.

In the single, Olivier is admitting that he’s not sure if he’s strong enough to win the battle within himself. Acknowledging the uncertainty that comes with the struggles and personal battles that everyone fights, “War” reveals the loneliness and feelings of isolation while dealing with inner demons. “Sometimes you don’t know if you’re strong enough to fight these battles, and in this song, I am saying exactly that. I’m being real and telling myself that I don’t know if I’m strong enough to win this battle with myself,” says the singer-songwriter.

The music video further explores this theme as it brings a visual representation of the frustration of feeling helpless and the need to release that emotion before you lose control over it. Showing Olivier releasing his anxiety and fears in a room where he smashes things to let out his anger, the viewer is drawn to the emotional poignancy of Olivier’s vulnerability in submitting to his emotions alone. “Sometimes it’s good to be real with yourself and tell yourself that the battle you’re fighting may be too tough to fight alone. This is the point when it’s crucial to reach out to people around you.”

Born and raised in New York, Olivier stays true to his German and Haitian roots, visiting both countries frequently. A mélange of the three cultures, including the U.S., influences his musical journey, which he started around the age of five when he began to learn intricate piano pieces by ear, unknowingly following the family tradition of both grandfathers. From there on, Olivier began to explore various genres, which eventually led him to express his views, experiences, and emotions authentically by writing his own pieces.

Olivier first began his career as a fashion model at age 18, first signing with the agency T.I.A.D. in Düsseldorf, Germany, then State Mgmt in New York, and now IMG Models in New York and LA. Since then, he has been working the Men’s Fashion Week in New York every season and has also modelled bi-coastal for the 2017 Spring/Summer American Eagle ad campaign, the 2018 Spring/Summer Uniqlo ad campaign, E-commerce for Barneys NY, and many more. He has been featured in several publications in magazines and on Times Square billboards. 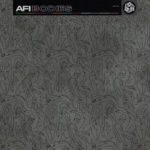 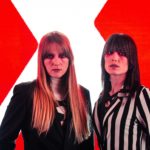