Everyone’s got their own story, and everyone’s story is different, with its own highs and lows. You may be able to relate to it, but no two stories are exactly the same, which makes each person’s story completely unique and extraordinary in its own way.

Anthemic rockers Molly Maguires have chosen to share their story, and they decided to put it in album form with their latest release, That’s My Story. Due for release on June 25th, there’s a real classic feel to this record, with moments of grooving riff rock, singer-songwriter honesty, and traditional country and folk.

The writing of the album was heavily inspired by the classic records of the late 1960s and early 1970s, a time when rock n’ roll was at its most authentic and genuine. There’s an old-fashioned feel to the affair, which may make you nostalgic for this golden era of rock, but also thankful that there are bands like Molly Maguires who still do their best to pay tribute to the icons of the genre.

In discussing That’s My Story, frontman JJ Sorensen discussed his motivations for the way in which he went about writing and recording the album. “I hope people find this record to be a tribute to the sounds and the artistic approaches of the late 1960s and early 1970s, but also find it to be a unique and original sound and aesthetic that is topical today at the same time. I was in near-complete isolation in South Carolina from March through July of 2020 and during that time I really dove into the records of the late ‘60s and early ‘70s. I just admired the boldness and diversity of those great records and how the songs were all over the map stylistically. The Rolling Stones, Led Zeppelin, Neil Young, they made these records that had hard rockers and country tunes and folk songs and even sometimes classical music all on the same record.

“I think even a lot of the great modern bands just don’t make records like that anymore. They might experiment in style record to record but rarely within the same record like those greats did back then. So I really wanted to make a record that had that approach from that specific era, of a real sonic and emotional roller coaster. In a few dozen words…this is  a rock n’ roll record, the type of  record you ought to be able to enjoy with a cup of coffee and reading the lyrics and really thinking about it in one sitting just as well as you enjoy it tripping on acid in the next sitting, like those records they used to make!”

Originally from Westerly, Rhode Island, Sorensen founded Molly Maguires in 2019, along with Meghan Earle. Previously, Sorensen served as a live guitarist for R&B artist Laura Dowding, while Earle, hailing from Assonet, Massachusetts, was well known within the Boston music scene. They initially met in 2010 while attending Framingham State University and began writing and playing together. That’s My Story is a quick follow-up to the band’s debut record Public Enemies, which came out in April 2020.

With the COVID-19 pandemic grinding everything to a halt, the band decided to use the time wisely and write and record a second record. As compared to Public Enemies, That’s My Story is a looser release, unconstrained by self-imposed creative restraints. If you find it a little all over the place in its appreciation of classic rock n’ roll, well then Molly Maguires have accomplished exactly what they set out to do. 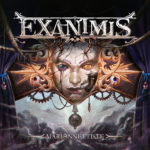 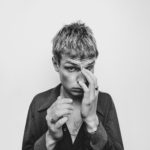