Rockfield: The Studio on the Farm is a penetrating examination of how a place in the middle of nowhere became the center of attention when legendary classic rock acts like Black Sabbath and Rush therein created some of the biggest albums of their careers. The way one location can bring out the best in people or create a vibe you can’t replace while being in a creative space is a rare breed of chemistry most artists never truly attain in a lifetime. Rockfield is how one studio made a business out of it that is the stuff of rock legend.

Some of the albums that were recorded there include a monster roster of classics including the debut album from Black Sabbath, A Night at the Opera and Sheer Heart Attack by Queen, Oasis’ Definitely Maybe, and What’s the Story Morning Glory, and ever so many more.

The story of this hidden gem is told by some of the people who made it such a mythical point of origin for rock fans, to begin with; the artists who made musical magic there that was luckily recorded and went on to create albums that still loom larger than life in the world of rock n’ roll today. These are records that are made by bands at the height of their powers when they were able to harness their energy into albums that captured the spirit of moments that would go on to last a lifetime thanks to Rockfield’s unique presence.

Rockfield was founded by Kingsley and Charles Ward in the Welsh countryside that is filled with wide-open feels and meadows that stretch to the horizon. Kingsley and Charles were inspired by the early explosion of rock n’ roll that invaded the airwaves back in the 1950s, spearheaded by the King himself, Elvis Presley. That’s when they, like countless other kids of their generation, not only fell in love with rock music and became fans for life, but they also set out on a quest to become musical artists themselves. They began forming bands, groups, and acts.

These two brothers decided to break into the music industry by building their own studio to record their own material and broke out as a business by charging local artists a cheaper rate than all of the major studios in England at the time. They built a studio in the attic of one of their farmhouses and after making more money by charging local bands for their recording sessions, they were able to amass an eclectic collection of all kinds of rare recording gear that has gone on to be incredibly valuable.

Rockfield was one of the world’s first residential recording studios where artists could escape the trappings and distractions of major cities to get away from it all in the countryside. This way artists could focus strictly on their recording session rather than getting trapped in the same old clichés of sex, drugs, and rock n’ roll that would normally get in the way of creating a new record. Having a space to crystalize the songwriting process with all the space and time in the world to focus on making the best possible album you could at that time would explain why so many huge artists put out milestone records there.

The documentary captures engaging interviews with one of the first kids to walk into Rockfield with the intention of cutting an album that would change his life and launch his career as one of the most iconic rock stars the world has ever seen. That kid’s name was John Osbourne, but the name the world would come to know him by was Ozzy, and his formidable hard rock band Black Sabbath.

Sabbath recorded their self-titled debut album that not only launched the band into global superstardom, but that album brought the sound of HEAVY METAL to the world, and it’s never been quite the same planet since. The documentary also interviews renowned guitarist Tony Iommi who has been the driving force behind Sabbath’s massive sound since the band’s early days.

If you’re looking for a documentary that’s a bonafide gaze into an insulated but amazing part of rock history that did in fact change the world of music forever, here’s your ticket. Do yourself a favour and take the ride. 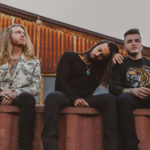 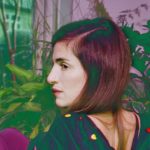