It’s heating up out there, and so is Lundberg, with his latest installment of Uncontaminated Sound – The Interviews. Joining him for episode 33 is writer, musician, and poet Noah Lekas. Hailing from Racine, Wisconsin, Lekas has led something of a nomadic lifestyle ever since he really invested himself in music and writing. He has lived in seven different states over the years, while playing in a number of bands, and contributing to a wide variety of publications. He released his first proper book Saturday Night Sage in April 2019, a collection of narrative prose that explores mysticism and the realities of menial labour that define modern America.

The collection really gives a voice to the overlooked and undervalued American working class and it really indulges in what that experience is all about. There is a uniquely American approach to Saturday Night Sage, motivated and influenced by Lekas’ upbringing in post-industrial Wisconsin. A spiritual journeyman, he treks his way through Eastern philosophy, Western theology, and the highways and factories of the American Midwest looking for meaning and affirmation. Lekas views music and literature as inseparable from one another, with his latest endeavour the five-song EP titled Songs From The Shadow Factory. Released in February through Blind Owl Records, the EP features sonic collaborations from Saturday Night Sage, and acts as an ideal companion piece to the book.

Touching not only upon his new project Saturday Night Sage, we dove deeper into the altruism of a writer, Bukowski, spiritualism, and much more. 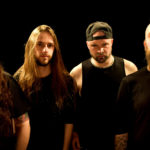 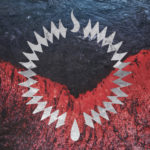 Our Hollow, Our Home – ‘Burn In The Flood’ [Album Review]