Guided by artistic desire and limitless curiosity, Robert Lundberg has become a highly regarded photographer and filmmaker, lauded for his innovative and versatile documentaries covering music, comedy, art, and film. After spending his formative years in Massachusetts, Lundberg moved to New York City where he more actively pursued a full-time career in art and film. A man uniquely focused on seeking out the next big artistic challenge, Lundberg chose to pursue one of his most ambitious projects at the beginning of 2020 when he launched his new documentary series entitled Uncontaminated Sound – The Interviews.

The flowers are blossoming, the birds are chirping, and Lundberg is forging ahead with another edition of Uncontaminated Sound – The Interviews. For episode 32, Lundberg spoke to singer-songwriter Jarrod Lawson, one of the most exciting jazz musicians to come along in years. Emerging in 2014 with his eponymous debut record, Lawson has had a prolific run, successfully completing six different international tours, with appearances at some of the globe’s most prestigious jazz festivals, like Rotterdam’s North Sea Jazz, and Indonesia’s Java Jazz Festival. One of his greatest achievements has been winning the Soul Artist of The Year Award at the 2015 edition of the Jazz FM Awards.

Lawson released his sophomore album Be the Change last October, complete with a whole new all-star band. The eleven-track record, released via Dome Records, includes the instrumental and songwriting talents of Sammy Figueora, a Grammy-nominated percussionist, and singer Amber Navran, along with her bandmates in the soul trio Moonchild, guesting on the song “I’ll Be Your Radio.” A composer, keyboardist, and singer, Lawson credits Stevie Wonder and Donny Hathaway among his greatest inspirations.

Commenting on his conversation with Lawson, Lundberg offered, “In mid-winter I had the opportunity to speak with the eclectic rising musician Jarrod Lawson for episode #32 of the series. His accolades in the jazz world provided an interesting and insightful conversation in a new space. We spoke regarding his musical path both past and present as he’s gearing up for another big year ahead.” 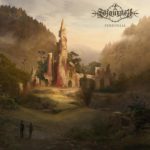 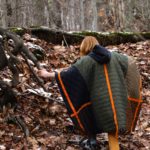