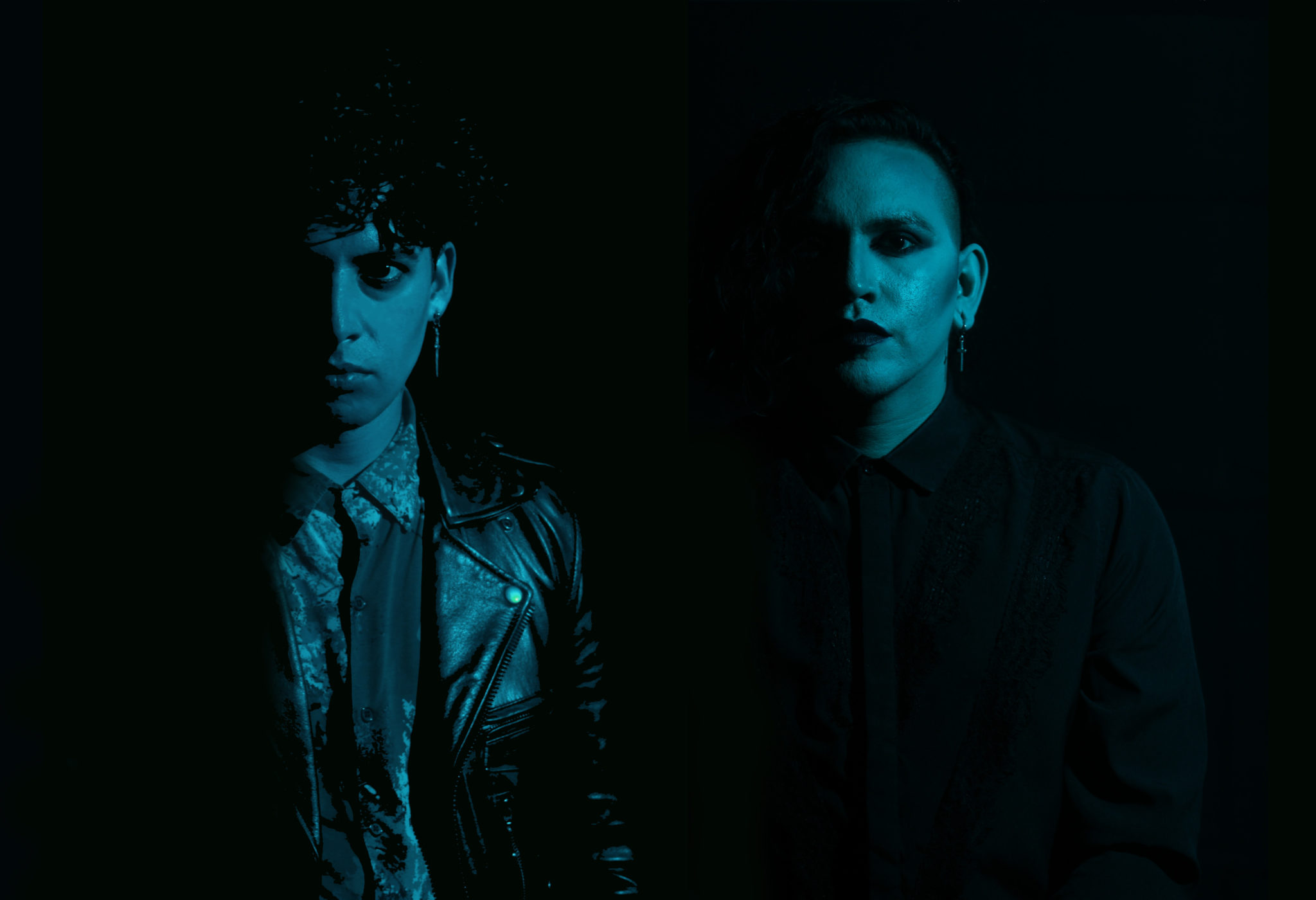 Stereo Six: Twin Tribes Run Down Some of Their All-Time Favourite Albums

Dark melodic sounds, synthesizers, verses about the undead… All in a day’s work for the potent duo that is Twin Tribes. Luis Navarro and Joel Niño Jr. are a dark, melodic force, combining the best of classic darkwave and the avant-garde sensibilities of post-punk. It may come as a surprise for a darkwave act to come from a small, border town in Texas, but that’s just where the story of Twin Tribs begins. Navarro and Niño Jr. met in Brownsville, Texas, which sits right next to the Mexican border and the Gulf Coast.

Coming up next Friday, April 9th, Twin Tribes will be releasing their remix album, entitled Altars. Being issued on Negative Gain (North America), Manic Depression Records (France), and Young & Cold Records (Germany), the record will feature songs that have been reworked and remixed from their debut album Shadows, and its follow up Ceremony. It’s an impressive list of remixers who contributed to this expansive project, one that includes names like She Past Away, Bootblacks, Ash Code, Wingtips, Creux Lies, and more.

With musical connoisseurs like Navarro and Niño Jr, it made perfect sense to hook up with Twin Tribes for our latest Stereo Six. Each of them has shared with us three highly influential albums of their past that helped shape them into the artists they are today.

“Nada Personal is Soda Stereo’s second album and it is one of my biggest inspirations. Cerati’s guitar work, the arpeggiated synthesizers, and the catchy chorus melodies make this album unforgettable to me. I always go back to it and appreciate a new thing I hadn’t heard before. I’ve recommended this album to so many friends. If you’re into new wave and rock en Espanol this album is for you.” -Luis Navarro

“Almost everyone that is into rock en Espanol has heard a track from this album. Caifanes is now one of the most important rock bands from Mexico. This album is dark, dreamy and lyrics of mysticism, love, and death. It even includes a cumbia song which is a very bold move to do as a band. It quickly became known to people not even into rock music. I recommend it for fans of The Cure.” -Luis Navarro

“This is the album that made me actually want to make post-punk music. The crisp guitar sound drowned in the chorus is one of my favourite things. I remember listening to ‘Play For Today’ and getting immensely inspired by its driven bass lines. The album is filled with rich textures and atmospheric sounds that will take you to another realm.” -Luis Navarro

“This was the last album that one of my heroes gifted us before he moved on from this world. When I first listened to it, I instantly knew and felt that this was his goodbye. Dark, experimental, sad, happy, hopeful, ever-present, and ultimately fulfilling of its destiny. The album served as an auditory testament of a star that burned brightly for so long slowly dimming into darkness. This one hit home and was an instant masterpiece in my eyes. I don’t listen to it much, as it does place me in a somber mood, but the effect that it had on me is undeniable.” -Joel Niño Jr.

“I tend to gravitate towards larger than life leads when it comes to music. Prince demanded your attention. He grabbed you by the ears, and said, this is me. I don’t care what, or who you are, This. Is. Me. His talent and artistry knew no bounds, and this gem will shine brightly long after we’re all gone.” -Joel Niño Jr.

“A fairly recent band, but one that hooked me from first listen. It’s hard for me to describe what it is about Choir Boy that I find so endearing. The best way I can think of is by describing the feeling it gives me. Yearning. Whenever I listen to it, I yearn for what Adam Klopp is singing about with his angelic voice. I can close my eyes, and listen to this album from beginning to end. Forever. I could listen to it forever.” -Joel Niño Jr.