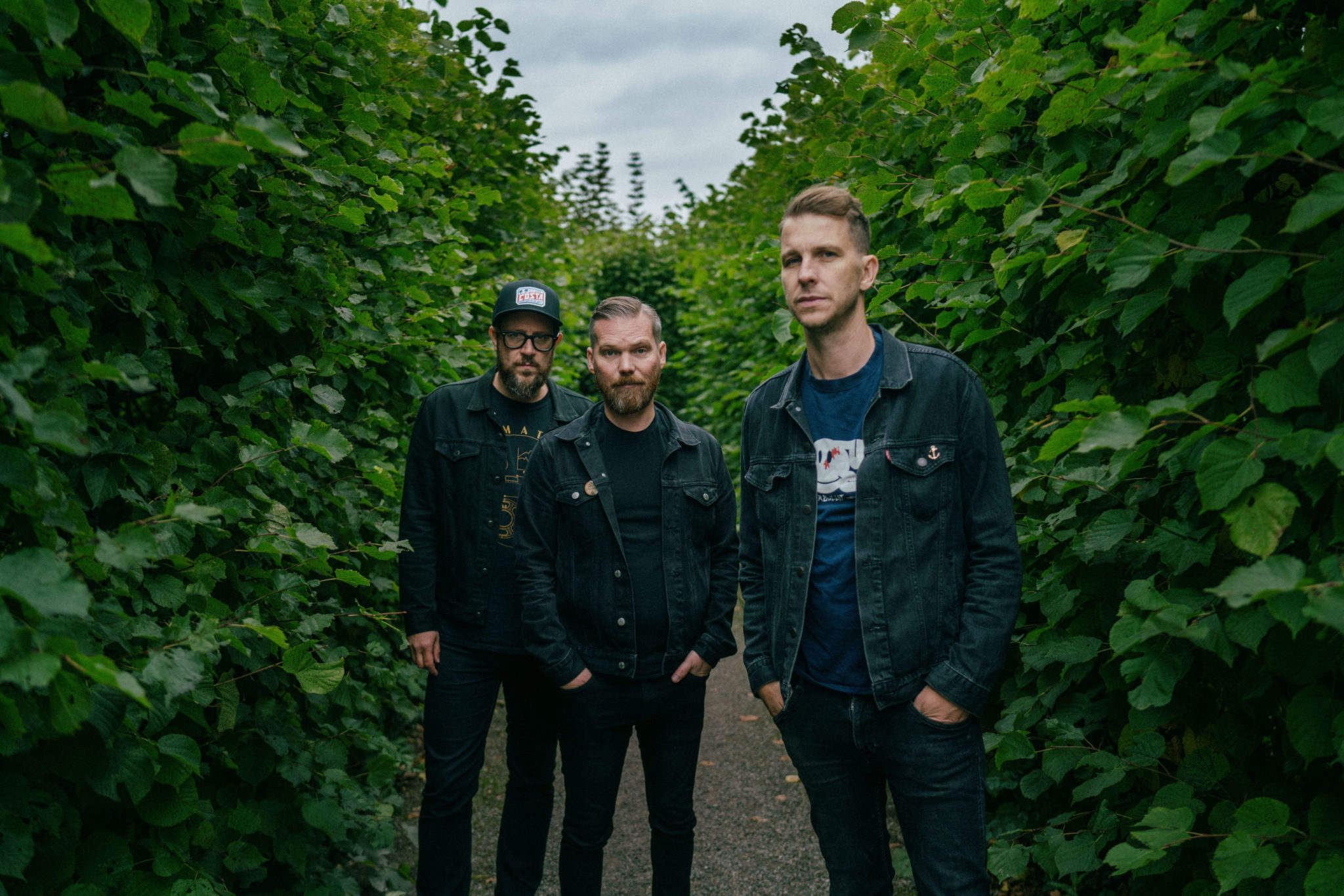 Apocalyptic in nature, and brutal in its execution, Domkraft are set to return later this month with their brand new record, Seeds. The Swedish trio has made April 30th the official release date of the new album, released in tandem with Magnetic Eye Records. The seven-song collection features plenty of psychedelic doom metal riffs that build off of the “seeds” planted on their 2016 debut album, The End of Electricity, and its 2018 follow-up, Flood.

With a heatwave consuming the country last summer, singer and bassist Martin Wegeland decided it would make for the perfect time to record new music, so he reached out to guitarist Martin Widholm and drummer Anders Dahlgren, and all three travelled west towards the Baltic Sea to record at Welfare Sounds Studio, located in Gothenburg, Sweden. Located in an old wooden house on the outskirts of the city, it only took the band three days to record the album, creating an epic-sounding record that feels both raw and alive.

With the Seeds getting set to start growing, we recently connected with the members of Domkraft for our latest Stereo Six feature. Read on as the trio take us through six albums that have proven to be enormously influential on them as a unit.

“It was either this one or something by Loop. Two bands that served as massive eye-openers when it comes to making the most out of the least. One, max two chords. Repetition. And a sum that is way bigger than its components. Super trippy and super concise at the same time. Mellow, soothing and, when they decide to go that route, as intense as a freight train running amok. The sheer intensity of the those tracks together with the washing tremolos and preaching lyrics makes this album immortal.” -Martin Wegeland

“An Om album is not just a listening experience, it is a state of mind. It is like we’ve been invited to a session with Al Cisneros’ brain. Sleep are also great, but with them, I hold ‘Dopesmoker’ way above everything else they’ve released, due to the same reason. There is something otherworldly about it all. As intricate and challenging as it at times may be, it still feels unfiltered, organic, and makes perfect sense. Also, it is the prefect album to cook to. It becomes one with the motion of stirring pots.” -Martin Wegeland

“I found this in my father’s record collection when I was about 12 years old. I thought the cover looked cool with the car buried in the sand and everything (for many years I thought it was a bomb). And I remember how I was floored by tracks like ‘See The Sky About To Rain’ and ‘Motion Pictures.’ After that, the rest of his work followed, and I have loved Neil ever since. Probably one of the artists I have seen live the most times.” -Anders Dahlgren

Key track: “See The Sky About To Rain”

“A huge influence on me and the rest of the band. They seem to have had a similar mindset, to make heavy and hypnotic music using repetitive riffs, trance-like drones, big drums, and desperate vocals. When we are on the road there’s always some of their tracks in our playlist. Sadly, they disbanded way too soon, following the sudden death of their bassist. Front man Robin Proper-Sheppard is still making music under the name Sophia. Also a very good band, but way more mellow than the huge-sounding The God Machine.” -Anders Dahlgren

“Groundbreaking, strange, mysterious, and raw. The monolithic soundscapes and floating harmonies stunned me completely the first time I heard it. They changed the concept of playing guitar for me. Even more, it taught me that distortion and feedback could be an instrument in itself and that you could stay fixed on the same riff, just letting small echoes and vibratos tell the story. This album sounds extremely loud, even on low volume. A punch in the face every time.” -Martin Widholm

Key track: “When You Sleep”

“I was 12 years old visiting relatives, and my older cousin was told to take care of me. He had long hair, played in a band, and had guitars in his room. He was going out that night and had little interest in babysitting a young kid. He had a VCR in his room, put on his Pink Floyd Live at Pompeii VHS and told me to see it at least two times, and left. Good thing, it turned out. I was hooked. Bought the Meddle album a few weeks later and my first electric guitar the following summer. That was the start of everything for me. And the entire band loves it. We even covered ‘One of These Days’ a while back and basically always come back to this album as a reference for songwriting in general.” -Martin Widholm

Key Track: “One of These Days”