Established independent hip-hop artist Lucidious debuted at #17 on the iTunes Top 40 Hip-Hop Tracks this week with his single “Deja Vu” – released on April 8. Following the release of his powerful single “Grammy Weeknd” that stood up against industry gatekeepers, the new single is yet another compelling release from Lucidious that focuses on mental health. With clever rhymes and top quality production, “Deja Vu” explores the masks we all wear to cover the various mental states we may be in, and shows how that hidden identity can affect a person. His previous singles, like “On the Surface” and “Only Human” are continuing to be hits with diehard fans and outside audiences alike – garnering millions of streams.

The innovative rapper is owning 2021 with release after release, all proving that artists can become highly successful without the help of major contracts. Lucidious is also an entrepreneur in addition to his music career. From running his own label, Lucidious Music, to venturing into the digital world with ArtistHub and NVOKO, he has perfectly captured the essence of what it means to be a powerhouse. After gaining over half a million Spotify listeners, Lucidicous is continuing the momentum to be a leader in the industry who fights against the dominating forces that too often beat down independent artists. 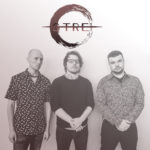 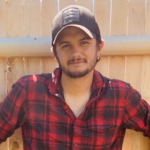