Most bands, after 14 albums, would have probably started to lose their edge, but that is definitely not the case with death metal savages Cannibal Corpse who, if anything, have upped their game on their 15th offering, Violence Unimagined. Could it be the addition of a longtime friend of the band, and accomplished death metal guitarist Erik Rutan or could it be the fact that, in these troubled times, there is plenty by which Cannibal Corpse to be inspired?

This onslaught of brutality kicks off with “Murderous Rampage,” a more appropriate opener for an album I’ve yet to hear. In fact, the only way this could have been any more savage is if the band had stood smashing your face into a pulp as you listened to it. A jaw-loosening opener, “Necrogenic Resurrection,” and “Inhumane Harvest” continue the barrage and, while it might seem like business as usual to casual listeners, hardcore fans will no doubt be revelling in the hellish fury the death metal veterans are unleashing.

By the time the record has seen the group carve their way through a few more violent anthems reaching the pulverizing “Ritual Annihilation,” it starts to beggar belief how a band so far into their career can still sound so devastating. From Corpsegrinder’s guttural roars to the frantic, frenzied musicianship, Violence Unimagined is the sound of a band that has plenty of gallons left in the tank yet. The rampage continues through the fantastic “Follow the Blood,” the vile “Bound and Burned,” and the skull-stoving “Overtorture.”

With the addition of the seasoned Ruten to their ranks, Cannibal Corpse has taken things to another level. Being joined by someone who clearly knows this band inside out, Cannibal Corpse, if this is even possible, sounds more focused, more bloody-minded and, dare I say it, more brutal than they ever have. Pushing his bandmates to newer levels, Rutan’s addition is a shrewd move by the band and one that has resulted in the death metal heavyweights produced the finest work of their murderous careers. 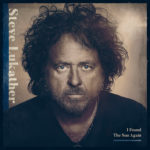 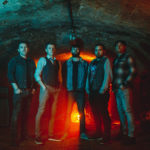