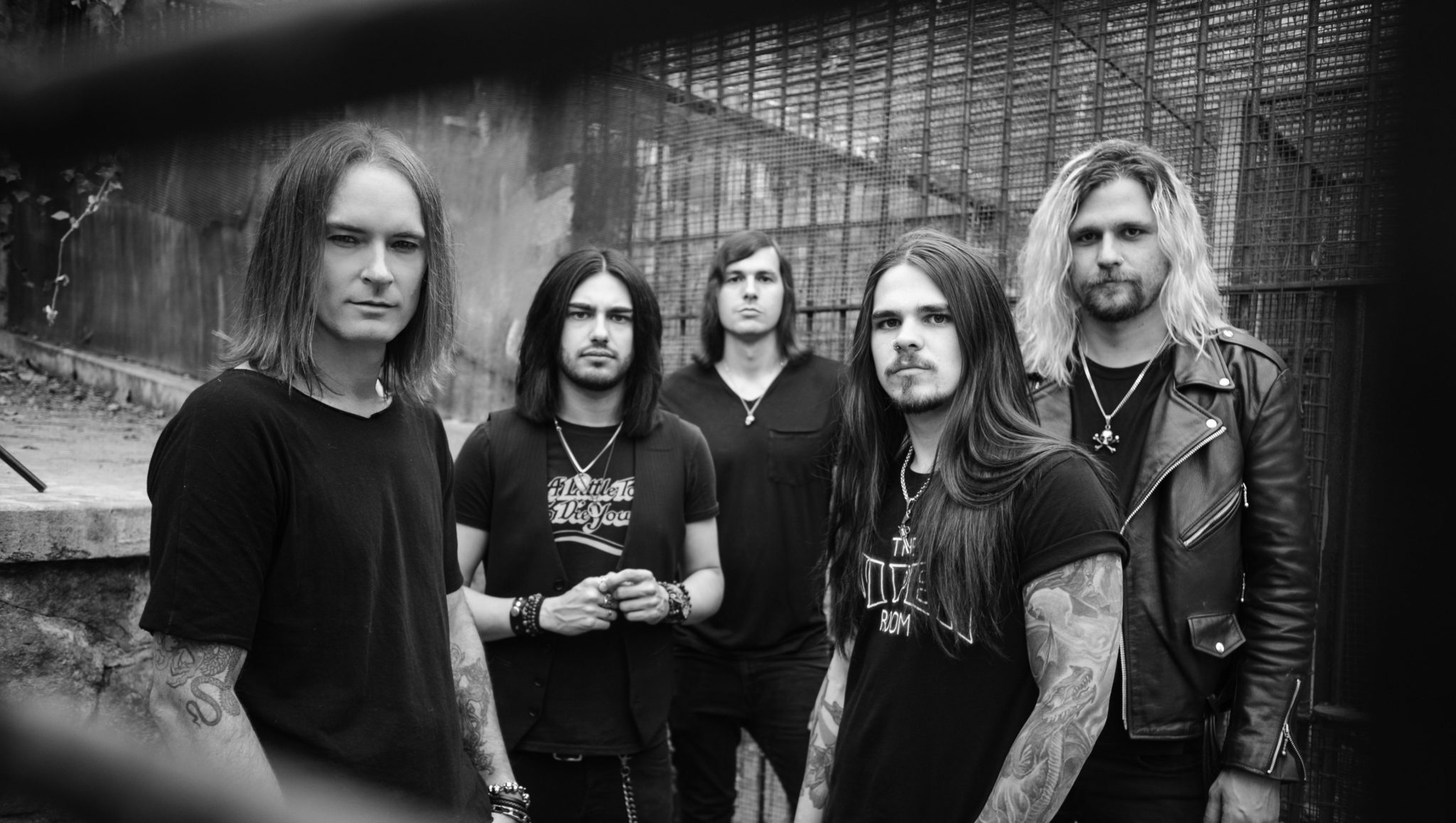 Budderside’s Patrick Stone Talks ‘Spiritual Violence,’ The Band’s Friendship with Lemmy, and How to Survive the Hollywood Rock Scene

For a rock n’ roll band, there can be no higher praise than to be handpicked by rock icon Lemmy of Motörhead. LA rockers Budderside were lucky enough to have Lemmy take them under his supportive wing, with the Motörhead frontman signing them to his label Motörhead Music prior to his passing away. The first fruits of that deal can be heard on the LA band’s new album Spiritual Violence so, on his birthday, we had a chat with frontman Patrick Stone about the album and his friendship with Lemmy, before getting his tips on surviving the notorious Hollywood music scene.

Patrick Stone: “Amazing! Today was my birthday. The band and our camera crew took a trip from Los Angeles all the way up to Lake Tahoe to shoot a new music video. It was incredible to film in the snow and on the lake. Super excited to share this with the world as soon as it’s finished. I couldn’t have asked for a better way to spend my birthday.”

Wow, happy birthday from everyone here at V13, thanks for taking time out to talk to us! Can you tell us a bit about your upcoming album Spiritual Violence?

“Spiritual Violence is an honest dive into my soul. All of our souls, actually. There is so much we can all relate to. I’m not alone facing these demons, heartbreak, addictions, triumphs, and losses. Spiritual violence is beneath the skin. A journey within us all. A fierce melodic, musical masterpiece that had so many magical minds manifesting it, together.”

Phil Campbell has described your new single “Pardon Me” as a “real slice of modern rock n’ roll pie.” How does that feel getting that kind of praise?

“It feels fan-f’ing-tastic. Phil is legendary. I wouldn’t be who I am today without his love and support. Having him play on our tracks is always a dream come true.”

Your connection to Motörhead goes way back. Can you explain the links between the two bands?

“Phil and Lemmy were friends first. We became close and shared music like good friends and musicians do. They always made me feel great about myself and my talent. They took me in as a brother and a roadie, always keeping me focused on the stage, more so than behind it. When I finally made the decision to go Budderside full force, they really stepped up, stepped in, and made a difference. If it were the world versus Motörhead, Motörhead would win. The greenlight from Lemmy, Singerman and the gang has made us unstoppable.”

Prior to his passing, Lemmy signed you to his label. Can you tell us a bit about your friendship with the man himself?

“When I first met Lemmy it’s possible I could’ve been the craziest and most out of control maniac that ever lived. I think he liked that about me. I was a lightning bolt. Lemmy found a direct path to my heart and made me feel welcome in his home and in his life. For some reason he cared enough to call and check in, invite me along wherever, whenever. It’s one of the hugest honours I’ve had in my life, professionally and personally.”

Did he give you any advice as individual musicians or as a band?

“Not really. He led by example and by cracking jokes constantly that forced you to recognize the truth. I absolutely loved his sense of humor.”

Onto the album then, there is a Johnny Cash cover on there. Was Johnny Cash a big influence on you?

“Absolutely. Johnny’s attitude, sound and writing style enabled me to really get a good grasp on song structure and the importance of an honest story. It felt like it was so easy to get to know him through his songs. I so want that for myself and for our fans. Johnny Cash was the king. Still is, really.”

Patrick writes not only about experiences of loss, addiction and heartbreak but also overcoming them. How big a part of the healing process does writing those songs play in Patrick’s life?

“It’s the only healer. It’s the proof I went through it and cared. It’s a timeless stamp and direct connection to the truth of what I was going through and how it made me feel. It’s the lesson staring me back in the face. Like it or not, good or bad, there it is. I can revisit it through the song and share it with others for always. It’s spiritual medicine.”

Motörhead, Johnny Cash, were these artists that made you want to form a band and be a musician?

“Hell yes! Who lived more than they did? Who touched the lives of so many more profoundly? Yes, I want that!”

Being Hollywood-based, when the likes of Motörhead were at the peak, the Hollywood scene was massive. What’s it like there now?

“Erie. The pandemic has turned everywhere including Hollywood into cities of ghosts. Yet, as we all realize how much we’ve taken rock n’ roll for granted in this time absent of concerts and live music, I believe the beast has been awoken and rock n’ roll is coming back stronger and larger than ever. I believe the town has been a bit more creative than ever, actually, especially from our perspective. We haven’t taken a break at all, in fact we’re ready to bombard you with a barrage of more content, music and videos than ever before. We are grateful for what this time to reflect within ourselves has done for us and we can’t wait to share it with the world, we are ready. Hollywood is going to explode again, watch.”

Thousands of bands from Hollywood must be trying to make it big on a daily basis, what’s your tip for surviving Hollywood as a rock band?

“(laughs)! I have no idea! I’m amazed I’m still around and breathing at all (laughs). That’s nothing short of a miracle. Creating music and being in a band is the reward in itself, for me, I speak for my bandmates, as well. The love for music and the ability to create it ourselves is why we do it. We are so grateful and feel so blessed every time the universe opens up and hands us something to reward our efforts. For me personally, it’s the songs. You’re in it to write great songs, that’s it. What more is life than to leave something behind to be remembered by and honoured for. I honour and respect no one more than my musical heroes. Surviving it is like everything else, do what you love and love what you do.”

As life starts to return to normal, what are your plans for the rest of 2021?

“We couldn’t be more excited about this album, Spiritual Violence, being released this week. We’re excited to get out and play these songs live as soon as it’s safe. We are already knee-deep in recording our third album. As soon as the gates open up and allow us to tour I don’t think we’re ever going to come home again, (laughs)! We are slated for Rocklahoma, Japan, and Europe before years end. We’ll be filling in the blanks everywhere we can with shows, more music and more videos.”

“Thank you so much for having us on your platform. Please give us a follow on Instagram, a like on Facebook, a bunch of views on YouTube and streams on Spotify. You’re going to love what you find. We appreciate each and everyone of you. Rock-n-f’ing-roll!”