Gear down… Buckle up… Get ready… We are about to make the “Jump to Alpha Boötis” with the “stellar” new single from the fantastic Alpha Boötis. The futuristic new song is the first single and title track from the band’s brand new studio album set for release in July. There’s a big picture ideal to the Montreal collective, with songs that tell of stories in far-future versions of the universe. At this point, humankind has dispersed beyond the planet earth, and now live on many different, and some very distant planets. “Jump to Alpha Boötis” follows this storyline, a song about transitioning into a whole new, and unfamiliar world.

The Jump to Alpha Boötis album is a reimagining of the band’s first few songs that they wrote, re-conceptualizing them into something new and invigorating. These new versions are more reflective of where Alpha Boötis is currently positioned as a band, with each song featuring added guitars, acoustic drums, rethought basslines, and saxophone that’s intermixed with their synthwave-powered sound.

Telling us the story behind the song is Ozymandias who said, “When we started Alpha Boötis we only had this song, and no idea of where our music would take us, and how it would evolve during the trip. Playing this song live at every show has given us a proper understanding of what makes it tick, and allowed us to push it to its full potential.

“Jump To Alpha Boötis” is a song about leaving a familiar world to explore the stars, only to end up in a very different world from the one you thought you were going to discover. If that’s not an apt metaphor for Alpha Boötis trajectory in the past four years, I do not know what is.”

The reason for recording an album of remade songs is simple: the band’s sound has changed. These early tracks were written a few years ago now, and in the last four years or so, the group’s sound has really evolved and ventured places they never would have expected. Originally formed as a duo in 2016, Alpha Boötis initially consisted of guitarist and producer Ozymandias and songwriter Frak. Ozymandias originally intended it to just be a studio project, but when they were offered an invitation to tour, they acted quickly and recruited drummer Jotunbot, and singer/keyboardist Harakoa. Bassist Votson and saxophonist Krøgorlön later joined.

They are greatly looking forward to releasing Jump to Alpha Boötis, not only as a great piece of music, but also because it will only help broaden their community of devotees, who share in their love of gaming and science fiction. It’s a community who are likeminded when it comes to trans-humanism, ecology, space travel, politics, ethics, and relationships. Through music, they are able to enjoy these things together, and find commonality in a world so torn by division. 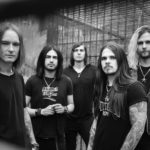 Budderside’s Patrick Stone Talks ‘Spiritual Violence,’ The Band’s Friendship with Lemmy, and How to Survive the Hollywood Rock Scene 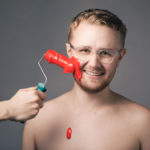