Debuting last February, the series follows comedians, musicians, fine artists, and actors with his primary objective to gain a particular insight into their creative processes which can only be fully unravelled by truly going behind the scenes. With Uncontaminated Sound, Lundberg’s purpose is to offer an intimate look into all of the rarely seen or known “little things” that take place during interviews and other similar social and private interactions with artists and performers. These features are often unduly edited, offering viewers only individual, preferred moments that are often heavily vetted by producers and editors. But that’s not how Lundberg chooses to go about his work. His primary endeavour is to bring you all of the real, raw, authentic moments that you would never otherwise have the opportunity to experience and enjoy.

The sun is starting to shine, the birds are starting to chirp, and Lundberg is moving forward with his acclaimed interview series. For episode 26 of Uncontaminated Sound – The Interviews, Lundberg spoke at length with bluegrass rap group Gangstagrass. This is one of the most innovative, genre-defying group of musicians you’ll ever encounter, joining the worlds of bluegrass music and hip-hop to create a sound like no other. Featuring MCs R-SON and Dolio the Sleuth alternating verses, Dan Whitener on banjo, Brian Farrow on fiddle, and Rench on guitar and production, Gangstagrass have earned the reputation of being real showstoppers out on the touring circuit. They have used the stage to its full extent to organically develop new material that further pushes the boundaries between genres always assumed to be incompatible.

The group’s most recent musical offering was last year’s No Time For Enemies. Released this past August, the album has amassed over one million streams thus far, thanks to the strength of the twangy and upbeat “Nickel and Dime Blues,” the inspirational “Freedom,” the jump-starting “Aint No Crime,” and the widely popular “Ride With You.” The album is a foot-stomping good time that really challenges you as a fan of popular music that you perhaps otherwise would have been turned off to. The release of No Time For Enemies was preceded by the 2019 live release Pocket Full of Fire which really illustrated the band’s strength as a live act.

Commenting on his conversation with Gangstagrass, Lundberg said, “Opposites attract, they say though we rarely see such cliched expressions occur in the real world. This is particularly true within art, holding strict categories, genres, rules and principals that rarely crossover to other mediums. Actually, if one observes other social structures in contemporary society this is also true, though things are slowly changing.

Gangstagrass, the conception of mad-scientist producer Rench, is the epitome of opposites not only attracting, but also flourishing. Living within the contexts of mashed-up musical genres: Bluegrass & Hip-hop, the group proves diversity and cultural cross-over work at the highest levels.

In conversation 027, I sat down with Rench, along with lyricist RSON the Voice of Reason, to dive into the beginnings of this new genre, along with discussing favorite lyricists, diversity in society, and much more! Please enjoy this mashed-up conversation.” 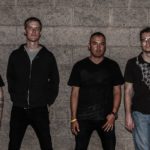 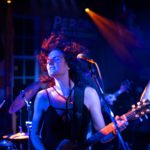