When it comes to Odd Behavior, no one does it quite as well as our friends in Oddysseys. We call them friends, because we have done our best to spread the word about them, with the premiere of their “Body Heat” and “Where the Nights Will Go” videos. Despite the pandemic, the boys have been keeping as busy as possible, with a recent series of videos released as accompaniments to each song on their 2019 full-length album, Odd Behavior, all produced, directed, and edited by the band themselves, overseen by bassist Paul DiRico.

On top of that, they released the “Goon” and “Testimony” singles, which were followed by the release of the With You EP last June. Oddysseys is most certainly a working-class band, bound and determined to achieve their goals, and willing to go the extra mile. True artists, the members view themselves as more than just a rock group that gets on stage and plays music, but a unit that’s capable of delivering a full-on audio-visual experience.

We’re honoured to have the guys in Oddysseys join us today for a special guest blog in which they discussed their moniker, its significance, and its rather unique spelling. Oh yeah, and they also were kind enough to discuss and reveal their brand new single “Moaner,” which you can hear on February 21st!

What’s In a Name? The Story Behind Oddysseys

“In 2021, so many great bands with great names have come and gone. How does a band stand out with a unique title these days, with so much precedent before them? How does a band choose a name that not only stands out, but also has a deep relationship with the music they make?

Hi, we’re Oddysseys. That’s the name we chose and the name we’re going to keep(?). The name itself is fitting for those of us in the band, our fans who like us and know us personally, and for those who have merely heard our music. We try to be very up front in establishing what we believe in and how that translates sonically, but despite our efforts, the hardest thing to grasp about our band, it seems, is spelling the name itself.

For example, it’s not Odyssey, not the Odysseys, not Oddyysseys. Nope, it’s not Oddyssess either. Nor is it Odd-I-see (but respect to Odd I See, we love you).

You know the story? The Odyssey? Just add one more D, take out the ‘the,’ and make it plural. That’s it. You did it! Make it Odd, and make it a group. Ok? Moving on.

We chose this name because we wanted to symbolize the growth of ourselves and our sound. We wanted to see where we could take ourselves tonally, sonically, and emotionally. We decided our name should align with our ever changing sound, and how strange our trajectory has been and will be. We aim to explore beyond genre and feeling, and our goal is for you to hear it and be like, ‘oh yeah that’s Oddysseys….’ or ‘ohhh, THAT’s Oddysseys!’

To help you find us, especially because our new single ‘Moaner’ is dropping on February 21st, we’ve created a little pneumonic device for you. So, when people ask who you’re listening to or seeing in concert, via text or social or email and not just face to face, you’ll know how to properly spell it:

O ur new single ‘Moaner’ will make you want to dance and scream when you hear it.

D on’t know how to dance?

D on’t worry, we don’t either.

Y ou can still try though and have fun.

S ometimes you just have to let go of yourself and let the music take over.

S eriously, we’re the last people that are going to judge you for it.

E veryone is welcome in our circle, no matter how you look or who you like (so long as you’re inclusive too).

Y ou don’t want to miss out on all of that fun, right?

S o stream ‘Moaner’ (out February 21st) and put your newfound spelling skills to the test by following us on Instagram @oddysseys and by reading V13 fervently. 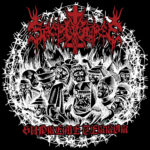 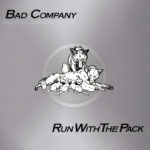