Hey, what the… Wait one doggone minute — this AIN’T “Hotel California!”

For mild-mannered music enthusiasts who grew up with cozy album rock radio during the shag-covered ‘70s, the reaction was pretty standard. In fact, the record was far heavier than anything most of us had heard before. However, the “ye of little faith” would become “believers” in relatively short order.

Truth be told, the San Francisco-based brigade did NOT create the brash new brand of heavy metal known as thrash — a good many combos residing on both the east AND west coast already had discovered the sound years earlier. Land ahoy! But, Metallica does deserve mad props for energizing metal in the modern world on a global scale, just when the increasingly stagnant style really deserved a good bottom blistering. Who’s your daddy?

In biblical terms, Metallica had produced a “holy trinity” of sorts. Their 1983 debut, Kill ‘Em All set the stage. Good evening ladies and gentlemen. We’re Metallica. And we’d like to play a little something called, “Hit the Lights.” In 1984, their sophomore slab, Ride the Lightning, made an impressive chart impact. Yeah, we’re Metallica. And we’re NOT playing around! Then, 35 years ago next week (March 3, 1986), they dropped their third full-length effort — the masterpiece, Master of Puppets.

Overseen by go-to metal guru, Flemming Rasmussen, Master of Puppets was produced to pure perfection. Simply put, it refused to be ignored. And it wasn’t. Built on the impeccable musicianship of frontman/guitarist James Hetfield, lead guitarist Kirk Hammett, bassist Cliff Burton and drummer Lars Ulrich, the songs demanded respect. And they got it.

In addition to ear-shattering riffs and bone-crunching rhythms, what separated the turbo-charged collection from the rest of the hard-hitting competing pack, was Hetfield’s brilliant lyrics — compelling stories and personal perspectives regarding control, the abuse of power and the results of alienation, oppression, hopelessness and manipulation — a massive mixed bag, to be sure.

Musically sneaky, Master of Puppets kicks off with the soothing opening acoustic strings of “Battery.” Ah, now THIS sounds like a “nice” song. Then, BAM, the freaking tanker explodes — “Hypnotizing power, crushing all that cower. Battery is here to stay!”

Of the eight songs, each is a skull-penetrating bullet point — with the epic-length title track being arguably the record’s most iconic — “Master of puppets, I’m pulling your strings. Twisting your mind and smashing your dreams.” Seemingly borrowing a page from the Alice Cooper playbook (circa ‘71), “Welcome Home (Sanitarium)” told an ominous tale of a mentally deranged character who’s trapped in a place where time stands stills — where no one leaves, and never will. That’s some solid, crazy stuff, right there.

Sadly, Master of Puppets would be the final Metallica LP to feature Cliff Burton, as he would lose his life in a tragic bus accident while the band was on tour in Europe, just a few months following the record’s release. A brutal, stylistic split-personality instrumental, “Orion” remains a timeless and fitting tribute to the gifted and beloved co-founding bassist.

As potent (and potentially) lethal as the day it was created, “Damage, Inc” remains a personal favorite. And I double-dog dare anyone to take the challenge — if you can endure the full five-and-half minutes of this record-closer without experiencing at least four fractured vertebrae, your bone structure just might be made of titanium.

Master of Puppets ultimately crashed the Billboard Top 30. With sales now in excess of six million copies, the record has become regarded widely as one of the most influential heavy metal albums of all time. Since its release, Metallica certainly has reached hard-earned rock icon status. But, at the risk of tipping any sacred cows, I’ll stand firm in my personal assessment that Master of Puppets remains the band’s greatest, most important musical achievement. 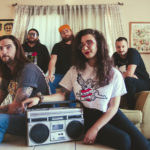 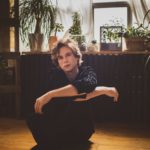