“Ladies and gentlemen, it gives me supreme pleasure to introduce to you a treat and a tribute to the world of boogie-woogie and blues. Can we all get together and give a nice warm Montreux welcome as we bring on the stage the king of the boogie, the prophet of soul, and the godfather of blues, Mr. John Lee Hooker!”

A glutton for late-night radio and black and white movies, I find solace in yesteryears glorious sleepers such as the newly released John Lee Hooker: Live at Montreux 1983 & 1990. This is a fine moment for both old and young since the blues is timeless and it seems to circle back when rock becomes lacklustre and loses its flare within pop-rock shenanigans, which you could argue has happened recently. If the rats don’t get ya, the dogs will.

“I Didn’t Know” teaches a kid another thing or two about not knowing nuthin’ other than basic rock. Watching The Blues Brothers on HBO one night past bedtime I learned a whole lot about soul. Ray Charles, Aretha Franklin, and John Lee Hooker spoke in tongue on the silver screen, relinquishing the gospel as Aretha cooked up a whole chicken with dry white toast for a couple of crackers. These are lessons money can’t buy, and if you’ve ever been blessed enough to live in a neighbourhood and ride your bicycle past some gentleman sitting on his front porch sipping on Ripple and whiskey I hope you slowed down, stopped and asked questions.

As a ten-year-old, I had no idea why a black man would sing a song like “High Heel Sneakers.” When “Roots” came out I still didn’t understand what was going on, but I knew I wanted to say, “fuck you white ass rich motherfucker.” I wanted to know what “Don’t Shake My Tree” meant and since I already lived on the wrong side of the tracks I was going to spend every minute of my life finding out. Living across the street from a country and western swing band I learned guitar, heard mandolins, pedal steel, harmonica, and heard improvs of songs like, “If You Take Care Of Me.” Learning as much as I could without knowing any notes, I learned how to bend a string and hit it really hard when I meant to, or broom it when I wanted to be quiet. There was a lot to learn from Jimi Hendrix and his $2.99 records at Kmart.

I moved up around Kansas City where I had never seen hustlers before. Black dudes with trench coats which, when they opened them up, had gold chains and whatnot for sale. Maybe a leather wallet or two, a pretty ring for your girl. I was twelve years old. I didn’t have any money, or a girl, but these cats appealed to me. I walked into the music store and carefully grabbed a brand new Fender Stratocaster, just like Jimi’s, off the wall and started to play unplugged, which I still do today.

I was probably playing a teenager’s version of “Johnny B. Goode” or “Wild Thing,” and these hustlers came into the store and approached me. “Boy, how long you been playing guitar?” About a year I said. I wasn’t scared of them, they had already shown me their gold chains in the parking lot and I considered us friends. One of them spoke up and said, “boy, you already got the blues.” Well, I knew what blues was but I didn’t feel it until I stared at Patti McGuire’s photos in Playboy Magazine. The gentlemen asked me to play again and, drunk on whatever the day held, they started to jig and dance as I waited for my mom and dad to pick me up from some boring shopping mall. Not long after I heard this white dude named Pat Travers play an incendiary track called “Boom Boom, Out Go The Lights” by Little Walter, and soon after learning it, I wished the trenchcoat-wearing hustlers could hear me play it.

Getting older I thought, “‘Crawling King Snake,’ what’s that even mean?” “You know I’m going away now baby but I’ll be back again, and when I come to town, baby I’ll be the same old snake again.” I later learned about women and the blues, “snatchin’ the wig off her head you bought her as you run out the backdoor,” and I would sing that shit southern gospel style laughing all the way to the liquor store. Kids today ain’t going to learn this off a computer or YouTube and I think blues is a dying art because you don’t learn the blues in a guitar store or online.

Hopefully, someone’s grandad will have the optimistic outlook to gift a guitar and hand over a copy of John Lee Hookers’ Live At Montreux 1983 & 1990. “Ladies and gentlemen in the whole wide world, there’s only one man that can look through Muddy Water and spot dry land.” God bless the blues and John Lee Hooker. 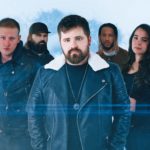 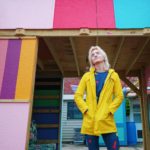