I like black metal. I like folk and pagan influences on black metal. I like these influences making their presence known in softer, open interludes within the raw tumult of black metal. As such, it should be no surprise whatsoever that I find myself liking Oale Groond, the first full-length from Dutch duo Sagenland (16 years after their first split release with Vargulf!) very much indeed.

As the list above implies, Sagenland’s pagan black sound shares a lot with the likes of Arckanum or early Ulver in their arrangement of folk-infused melodies and acoustic sections alongside vocal harmonies, but there’s more to it than that. The unpolished authenticity of the “metal” in Sagenland’s sonic array is something to be celebrated in an age where even the most virulent acts in the scene – 1349 exemplify this – are embracing a cleaner, crisper sound. And it isn’t a case of being necro for necro’s sake, either: it’s just a no-frills, honest application of brute force emotional content in a context where “content” in no way refers to meaningless trivia cluttering social media.

I sincerely hope this is not the final poem composed for or inspired by the Twente region.

The percussion is straightforward and uncompromising, the riffs are wave after wave of bleakness… but then it’s all tied together with this organic, natural warmth that incongruously knits these disparate styles together neatly and believably. In this respect, Oale Groond shares more with Cascadian black metal than traditional pagan Scandinavian acts, despite this being the dominant wellspring of the band’s influences. Notably, the duo’s native Twente landscapes form the natural inspiration for much of the album (“’t Leste gedicht (Twentse earde)”) showcases this while echoing it in the album art, but it’s tempered with a common black metal yearning for times gone by, such as on “Veur de leu van vrogger” (roughly translated as “For the joy of the past”) or the closing instrumental, “Terug noar et laand van aleer” (“Back to the country of before”).

One final tick in the “plus” column has to be the inclusion of “In ‘t bos,” “Bladval” and “Botte bijlen” on Oale Groond’s track list – revisions of the three cuts from the long-lost 2005 release mentioned above.

So if you’re any kind of a fan of the likes of Negură Bunget, Drudkh or Waldgeflüster, Sagenland is not going to disappoint: Oale Groond is a constantly shifting balancing act, teetering between fury and nirvana – but leaving behind far more of the latter than the former in its wake. In fact, the greatest reason you may have for fury you may be feeling is the album length: a hair over half an hour flies by, leaving you hungry for more.

The re-recording of “Bladval” shows a band with a more mature, considered approach. 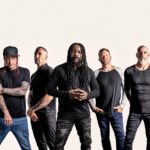 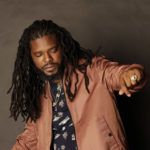