Moving City — a Vancouver-based duo comprised of Andrew Facciolo and Jules Logan Shaw — wrapped up 2020 with the release of their album 2308. A stunning recording from start to finish, 2308 showcases the duo’s incredible warmth, depth, and musical talent. This debut is instantly addictive as the tracks ebb and flow between indie-rock-esque singles to ethereal folk sounds.

The 10 new tracks take listeners on a scenic walk through the back alleys of vulnerable songwriting, moving instrumentation, and stunning execution. Beginning with “Go It Alone,” listeners are instantly swept away in a dream-like state with the lyrics and soundscape holding a reflective and introspective quality. Their sound is simultaneously heartbreaking yet uplifting, piercing their audience in all of the right places. Moving City’s next two songs lend an upbeat indie-rock feel, most likely inspired by their love of the fuzzy guitar riffs of Kurt Vile – someone who the duo says inspires their creativity.

Later in the compilation, the track “Murano Man” slows things down with an acoustic styling that exemplifies the musical talent of the two individuals. A completely instrumental track (apart from the counting in the intro) “Murano Man” quickly became one of my favourites as it is a refreshingly unexpected pause in the listening experience. Of the next few tracks to follow, “Mayday” is another favourite – sharing the sentiment of young lovers spreading their wings together, unbothered by the potential consequences to come.

Facciolo and Shaw fatefully connected in 2013 while apartment hunting in the ever-expensive town of Toronto. The Barrie (Ontario) born boys have always been attracted to the artistic nature of
big cities. If the Canadian housing crisis is good for one thing, it’s bringing people together like these two otherwise relative strangers who decided to become roommates. They quickly discovered they share a similar unyielding and passionate creative vision. They didn’t know exactly what they wanted but they knew they wanted to veer off the linear trajectory of normalcy together.

So, they created an emotionally audacious band packed with celebrations of reverb magic and goosebump-inducing vocals. They found their sound in that phantom apartment that was numbered 2308. In true artist fashion, the two veered off in different directions down normal’s highway for many years. This could be an otherwise sad story if they didn’t end up in the same apartment building in Vancouver in 2020, perhaps the only good thing to come out of the otherwise tumultuous year. They quickly got to work on their debut record – 2308.

Overall, 2308 showcases the duo’s infectious compatibility that you can almost taste throughout the album. The rather cinematographic material lends itself beautiful to endless afternoons in the living room, driving down a sun-infused dusty road, and falling in and out of love. It’s a gentle triumph of friendship, creative catharsis, and finding your sound. 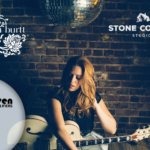 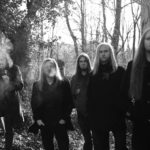