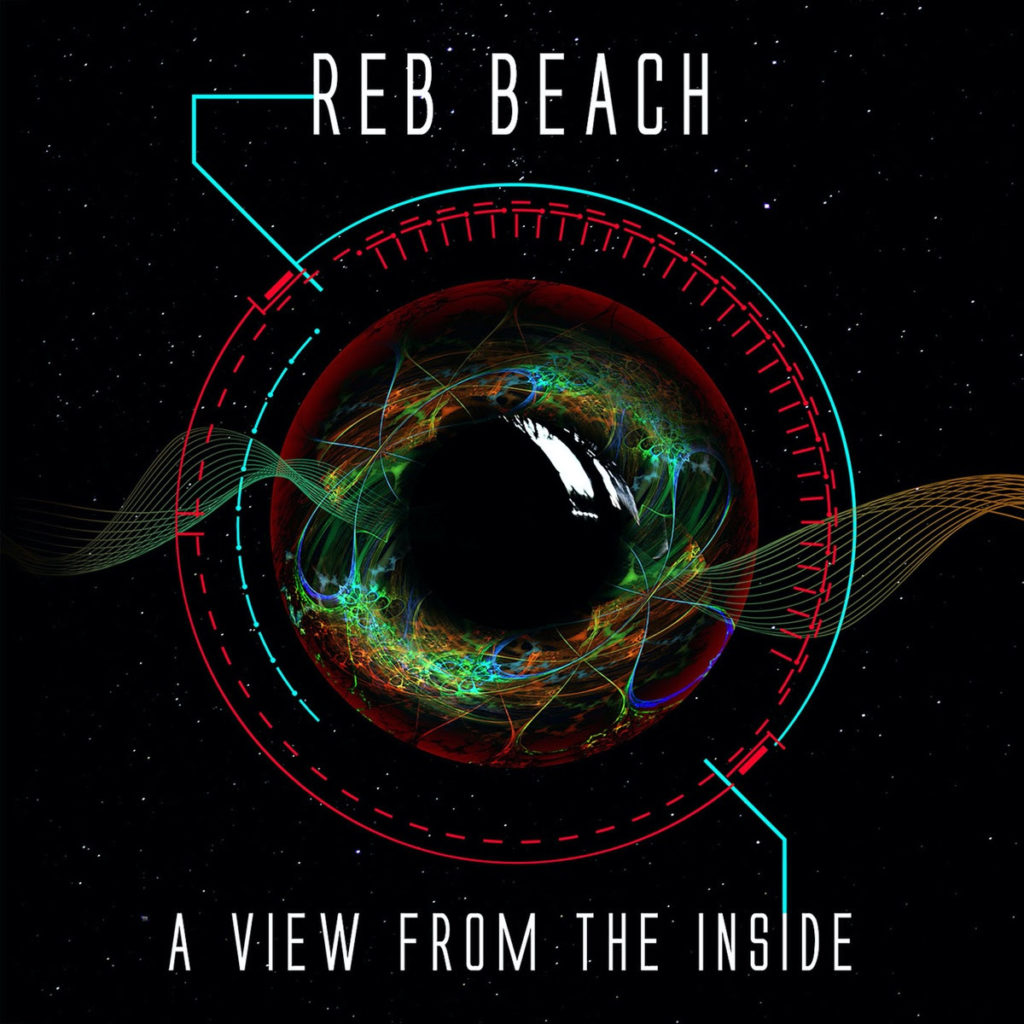 Many remember Reb Beach from his days in Winger, Dokken, Alice Cooper, Night Ranger, or, more recently, with Whitesnake, but what a lot of people don’t know is that the guy can shift genres as much as any good studio musician out there. His transitions are so flawless it’s like he’s not even trying. Say what you want about Winger – many accused them of being the epitome of poseur hair metal – but you can’t deny their musical mastery. And Whitesnake? When has Coverdale ever had a weak lineup when it comes to songwriting and musicianship?

Many have graced David Coverdale’s door, including a list of musicians that continues to read like an omnipotent supergroup, but what Beach does on his third solo album, A View From The Inside, showcases how effortlessly multifaceted he can be. He’s just blazing away with funky, groove-oriented rock and roll, including a couple of seashells of Steve Morse, a sand crab pinch of Steve Vai, and the miscellaneous albatross of Eddie Van Halen. Revved up Reb can run with the money all the way to the beach!

Guitar albums are hard to get into these days because they always sound like a knockoff of everything the masters before them have done. While Reb does micro-camouflage his influences on A View From The Inside, it’s apparent how good he was from the get-go. There’s the incomparable, soul-burning “Black Magic,” Steve Vai-like “Little Robots,” or Quincy Jones late-night sessions on “The Way Home.” “Hawkdance” could very easily be a Jeff Beck cutting room floor outtake while “Cutting Loose” is a definitive Whitesnake B-side, which leads us into a “Sea of Tranquility”: a reverberating pinnacle that mirrors a Vince Gauraldi daydream of Snoopy ice skating around Reb as his guitar slowly melts circles in the ice.

Without further divulgence, A View From The Inside is probably the best guitar instrumental album since Mike Varney discovered everybody and their brother for his Shrapnel label, or, more recently, Steve Stevens’ Memory Crash. Reb truly sounds like no-one other than himself on A View From The Inside, and the guy is simply guitar-crush worthy.

A View From The Inside Track Listing: