Comprising four longtime friends from the Long Island, New York music scene, the early stages of the worldwide pandemic finally saw the guys pool together their collective years of experiences to form a new group. That band, Roderik, recently started their new journey with the release of their emotional debut single, “Save Me,” a song which saw their songwriter Jake Anthony Salazar head back into some dark places.

Following the release of the single, we spoke to Jake about these dark times, how he is coping during the lockdown, his hopes and visions for the cinematic post-hardcore band, and much more.

Thanks for your time today, how is life treating you at the moment?

Jake Anthony Salazar: “Hey, thank you so much for doing this with me! Life is unsurprisingly… contradicting at the moment (laughs)!”

You formed during the early stages of the pandemic. What was it that led you to form a band?

“Well, forming a new band was always the intention when going into 2020. What did change by the pandemic were the specifics involving what kind of band and the direction we were going to go in. The initial idea was to revamp an old band that our guitarist, Jay, and myself were in called, Approaching Troy. The pandemic really allowed us to stop where we were in the process and establish whether or not we wanted to begin a new journey, as well as allotted us the time to successfully do so.”

Music has and will always be a medium that people use to help them or to cope. What do you get out of writing and performing and how has it helped you through these last few months?

“The short answer, sanity! Writing is such a stress reliever for me. I really do miss the performing aspect of the band a lot, but at the same time, it allows me to perfect my craft so that when we are ready for that phase, we’ll be first in line to hit the road because I miss it so very much.”

What did you learn about yourself during that period and what advice would you give someone going through their own dark times during lockdown?

“I learned that, like most people, I’m very afraid of change, but change doesn’t always have to be a bad thing. Like I said before, what I went through was extremely altering to the path I was on, but by writing about it, I think it allowed me to process what had happened, and grow from it.

Here’s what I would say as far as the lockdown. It’s very rare that we get the time we currently have to reassess our lives and the path we’re on. If you’re at home with nothing to do, figure out your passion, develop a hobby, and go for it. Whatever is going to soothe your mind, go for it, and when you’ve hit that point of relaxation, even if it’s a few brief moments here and there, try to really hone in on where you’re headed, and whether it’s the path you’d like to go down most. It’s very rare that the world shuts down, and allows us to catch our breath, so take advantage of every second of it.”

You spoke about the new single “Save Me” being written during one of the darkest periods of your life. Was there a specific trigger that inspired the song or just a culmination of events?

“Let’s put it this way, I now have a very personal understanding of the phrase, ‘When it rains, it pours!’ ‘Save Me’ was written from a culmination of events that I can comfortably say ended an era of my life, but looking back now, it was a change I probably desperately needed.”

The four of you have been friends for many years, what brought you together to finally form a band?

“Chance and fate. It’s like that friend of yours that you’ve always had chemistry with, but the timing never really worked out to ‘be together.’ Sometimes the right timing is everything, and for us, that’s pretty much what happened. I’ve known Jay, Dave, and Danny for years, so this kind of just worked itself out.”

There is also a visual side to the band. What can we expect from that, and what is your vision for that aspect of the band? Videos, live experiences?

“Yes, there definitely is! We like to focus on the music first and foremost, because we are a band after all, and it’s the medium we all love the most, but we also want to create a visual experience for our listeners as well. We want to foster the tone of the songs and bring them to life for people to see and feel. We’re all really fascinated by the cinematic and theatrical elements that only visual art can bring, so we’ve really been exploring that world on our socials. As far as live experiences go, I guess it’s TBD at the moment (laughs).”

Away from the musical side, you draw influence from the dark side of cinematography and literature. Are you a big reader/film fan? If so, any recommendations for readers during lockdown?

“Personally, I’m really, really big into the film world, but I love a good book too. Any movie with a great score, an incredible plotline, and then rounded out by some beautiful cinematography, I’m pretty much sold on. I know it’s a bit cliché, but I really think any movie by Christopher Nolan can win me over. As far as books go, why not start with The Fall of the House of Usher! It’s a short story, but to me, it is a good entry into the gothic style literature, then maybe some classics like Mary Shelley’s Frankenstein, or Bram Stoker’s Dracula.”

You write from an honest and personal point of view about his own experiences. Is this a theme that will continue going forward?

“I think so. I went into Roderik with the basis of whatever we do, will be real and authentic. Growing up, I looked up to artists like My Chemical Romance and The Used. They both lyrically express the things they’ve been through, and I feel like that’s what made me love them so much.”

And how are you all keeping your own personal mental health in check during these crazy times?

“Honestly, just writing and working on the things we love. I think when you try to surround yourself with the things you love the most, it makes dealing with the stress and anxiety we all go through that much easier.”

On a lighter note, within the band have there been any disasters during lockdown; DIY, band fails, cookery, haircut disasters?

“Oh wow, yeah I’m sure there are so many of those (laughs). Over the lockdown, I really dug into cooking and I tried to make and cook pasta from scratch. I made this beautiful pasta which took like two days to do, and when we went to bite into it, it was straight up RAW. All that work for pretty much the worst meal of quarantine. Despite this story, and the occasional kitchen fire, I really am a great cook (laughs), I promise!”

The single is out now. In terms of new music, what else do you have in the pipeline?

“Ugh so so much! We have a bunch of songs ready to go out, maybe even some alternate versions of those songs, and we may or may not be writing for an album, but we’ll see.”

Thanks for your time and good luck with everything. Just to finish, how would you sum up 2020 and what are your hopes for 2021?

“You’re very welcome! Thanks for having me. If I were to sum up 2020, I would say, if life gives you lemons man… You really have to just do the best you can with what you got. Always try to see the positives because there’s some scary stuff going on out there right now and we could all use some positives in our lives. As far as 2021, let’s hope the world has their stuff together. I’m aching to hit the road!” 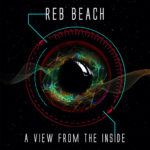