The image and aesthetic of black metal has always been an integral element of the notorious genre and its resultant culture. The album sleeves, intricate logos, and even the fonts used in the record liner notes have created mystery and dark romance, and let’s face it – if Darkthrone had worn t-shirts and camo shorts in their promo shots, would they have made even an iota of the impact that they have with all the hoopla involved? Of course, one of the most important pieces of the diabolic puzzle is the corpse paint, that most striking and eerie mask made popular by Arthur Brown, Alice Cooper, Kiss, and King Diamond before the Norwegian hordes claimed it as their own. For most, this was a way to ‘get into character’ and free themselves of social dogma, and the imagery is still immediate to this day.

Famed photographer Jeremy Saffer became a black metal fan back in the ‘90s through Cradle Of Filth and Immortal, and it remains his favourite genre to this day. Having photographed many luminary acts in the music realm over the years, he did a fateful photoshoot for a black metal clothing company in 2008 that was to parody the album cover of Pulp’s This Is Hardcore record, but the nude model would be in corpse paint and the title would (naturally) be ‘This Is Black Metal.’ As the model was also a fan of the genre, they took a slew of additional shots in various locations after the shoot, and an idea was sparked.

Over the following 12 years, Saffer would compile a portfolio of female nudes in corpse paint, in different settings from the classic and fine art perspective to more visceral, eerie, essentially black metal viewpoints, with the idea to eventually put a coffee table book together, a dream that has finally come to fruition.

The models are many and varied: professional models; friends; musicians; fans; celebrities; basically anyone that loved black metal and could bring something vital to the table. With the exception of a minority of images in forests or with similar interesting backdrops, the backgrounds are mostly sparse and either draped in light or dark depending on the overall feel. This means that the focus is directly on the model, the eye drawn immediately to their look, the pose, the feel, and the emotion taken from it, which makes for some stark, incredible photography.

All the models got to design their own unique corpse paint and apply it themselves – this makes each picture absolutely personal and tells a story in and of itself. The fact that the ladies are nude creates a vulnerability in some of the images, whilst others use it as a sense of power and even aggression. But, beyond that, the beauty and elegance of the naked female form is a perfect canvas for images to be stretched and moulded into various extremes and allow the raw tale to be told. And he always, ALWAYS had black metal blasting throughout each shoot, which gave a common foundation.

Some have tattoos and piercings, some look like school teachers, some like centrefolds, some like recent mothers, and some that just know how to use their bodies to best effect. There is no one prime example, no reliance on “the perfect body,” no restriction on what they should look like or what they should portray. With that in mind, certain images are attractive, some unsettling, but always deadly interesting and quite haunting. Saffer wanted the book to be a celebration of black metal but also a tribute to the women themselves, “showing their duality as beauty and beast, light and dark, soft and harsh, beautiful and evil, showing that they can be anything they want to be.” Boy, did he deliver.

The book has over 250 images in glorious colour or black and white, each one with its own personality and significant emotion, and Saffer’s talent is on full display. His eye for capturing the human form is extremely keen and he captures the models in exquisite poses. Black metal fans especially will marvel at some of the fantastic ideas used in the corpse paint designs, but the photography is universal and liberating, not to mention often sensual and exciting.

To add extra metal street cred, Dani Filth supplies the foreword in his own hedonistic fashion, and Randy Blythe gives a poignant and introspective introduction, but Saffer didn’t even need them (although it is really cool). You can immediately see the passion that he has for black metal in each and every image and it reads like an unnerving, vibrant dream.

The book crosses all social divides and will speak to folks from all walks of life, and it is the ultimate conversation-starter. Photography on this level is a higher art form and the models and the way they’re captured are next-level. The book comes in a few different deluxe editions, the most alluring being the box set with a limited edition Season Of Mist vinyl compilation from their black metal archives, which will obviously be the perfect soundtrack to the visuals on display. Do yourself a favour and seek out Daughters Of Darkness immediately – it is a fine tome of exceptional imagery, a project for modern times that will speak for years to come. 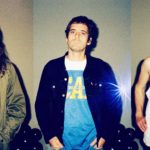 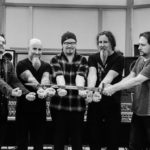