From careers to lifestyle to health, whether forced or through choice, change is something that has impacted many of our lives during lockdown. For Montreal-based band, SUUNS, lockdown saw them dig into their archives to rework some of their older material for the new EP, Fiction, which is out now through Joyful Noise Recordings.

Admitting that, had lockdown not happened, the concept may never have seen the light of day, the group clearly had a lot of fun reimagining some of their old songs as we found out when we spoke with drummer Liam O’Neill.

Thanks for your time. The new EP Fiction, can you tell us a little bit of the thinking behind the concept of the EP?

Liam O’Neill: “Lots of it is from the Hold/Still sessions we did in Dallas, Texas in 2016, with John Congelton. Basically, when you’re a band for over ten years, going album to album, curating the right songs for each one, you end up discarding a lot of stuff that with some distance is really great but just didn’t serve the purpose at the time. So this was a project of curating the uncurated (laughs). Also, some new stuff because otherwise, we’d just be trawling hard drives which ain’t so much fun.”

What was it like reworking those songs and how did it feel as the new versions came to life?

“It was surprisingly easy and trawling hard drives was surprisingly fun. A lot of these jams fell off the wagon due to some small but fatal flaw, and so it was all about editing and recasting things in a different light. You get to see that it’s all about what context things are presented in. In that way, an EP was liberating because it’s more of a kind of open arena to try things.”

Was the decision to rework material forced upon you in any way by the restrictions and lockdown?

“Yeah. I feel like that’s almost implicit given the nature of this work and the summer in which it was made. Yeah…”

What have you learned about yourselves as musicians and songwriters during these last twelve months?

“I can only remember up to eight months ago, March 12th it was. Before that, I don’t really remember anything. But so I guess I’ve learned that being a musician is pretty chill, you stay inside a lot and write.”

What do you think fans of the band will get out of hearing the reworked songs?

“A bit of a shoutout to a different era in the life of SUUNS. There are flavours from our work with Jerusalem In My Heart, and in a way, the EP has a similar pace and structure as the record we made with them. It’s more of a freewheeling affair, you might say.”

In terms of new material, how much of the reworked material indicates the direction you will take with future material?

“Almost none. The new stuff we are doing is very different.”

What do you have in the pipeline in terms of new music? Have you been collaborating together during the last six months?

“Yeah, we are finishing a full-length as we speak. This EP was done in isolation of course, and so we collaborated via email, and then we got a little bit of studio time in late summer, when things eased up a bit, so we could finish this full-length. Glad we did.”

You’ve included Frank Zappa in one of the songs, “Trouble Every Day.” Was he a huge influence on you as a person/musician and as a band?

“We all have different levels of engagement with Frank Zappa in the band. But certainly, a band like us is indebted to his contributions.”

Why do you think his message is as apt today and to that particular song?

Here in the UK, we’re about to head into a second lockdown with more restrictions in place. What has life been like in Canada and how has it affected your plans?

“We’re in our second lockdown here in Montreal. To the extent that the first one was in any way ‘fun,’ or at least kind of amazing or novel, this one is not. As winter bears down on us, we’re steeling ourselves for a tough one. But, yeah, we all had tons of plans, tours, recordings, etc. that have all been cancelled. A few things here and there now, but in general lots of what we do as musicians have stopped entirely. This is not news to anyone.”

As you’ve shown with the new EP, it also forces you to think about a new way of life and doing things. What has been the biggest change to your life as a person and for the band, to take place over the last six months?

“We’ve been on tour every summer for the last ten years, and so to have a summer at home was really special actually. I’m thankful for that. As for some kind of long-term change, it’s hard to tell what that will look like. We’ve spent this summer knowing that our lives are going to be irreversibly changed, while also floating in stasis waiting to ‘get back to normal.’ I suspect the future will be some kind of elegant/unholy mix of the two.”

And given the reworkings on the EP, is this something you will revisit with other material further down the line?

“Maybe! I don’t know. I feel like if lockdown had not happened, we wouldn’t have done this. Perhaps in the future, we will have lockdowns for various reasons (extreme climate events that force us inside? new pandemics?) and the upside of all those apocalyptic events is that the world will have lots of cool SUUNS EPs of old material.”

“The sum of 2020 is each new day, which is the culmination of all the crazy shit in all the days preceding. The meaning of any one summation put into writing will be totally obliterated the day after it is published. My hope for 2021 (I guess we are assuming a post-pandemic world?) is that people realize they can make do with less activity, less consumption, that they can live as simply as they have been this year.”

SUUNS’ new EP, Fiction, is out now and you can pick up your copy from Joyful Noise Recordings Official Webstore. 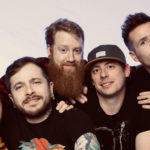 Sean Nolan and the Heartmakers Continue to Presevere [Guest Blog] 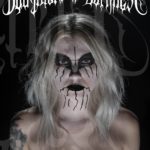