Combining jungle beats with some hypnotic club pulsations, Comisar is lighting it up today with the debut of his brand new single, “Lights.” Lifted from his new album, Make Believe, the track “Lights” delivers a fresh melodic twist on underground global bass, intertwining a bouquet of funk, groove, world music, and club beats.

Boasting all original production from Comisar himself, the song features a cinematic flavour that transports listeners from the darkness into the light. There’s a certain relentless feel to it with an intensity perfect for the club, but at the same time appropriate for a Friday night chill session.

Explaining his thought process behind the writing of “Lights,” Comisar says:

“Melodic bass has always been one of my favourite musical universes to explore. After hearing CloZee’s newest album, Neon Jungle, I was inspired to immediately start writing a track which became ‘Lights’ after only a few days. I wanted This song to have familiar grooves for the dance floor, while also taking the listener on a refreshing, sonic journey. I hope this song can help lighten some darkness in your life.”

It’s been two years since Comisar started to make his presence felt in the electronic music landscape, and in that time, he has consistently shown himself to be one of the most original thinkers of his genre. Drawing inspiration from the world at large and some of his past experiences, he has diligently worked towards perfecting his craft as a widely respected beat maker. As an artist, Comisar views electronic music as an outlet for creative expression. He’s an individual who only thinks big and has a distinct vision of where he wants to go artistically.

Spiritual in nature, Comisar draws inspiration from ancient and mystical realms and looks to all different genres of music to incorporate into his sound. Still a very young artist, he first began to garner attention performing at the 2017 edition of Rootwire and then came out victorious in the 2018 CloZee’s Secret Place remix contest and also won The Untz Challenge last year.

Originally from Cincinnati and now based in Fort Collins, Colorado, Comisar is ready to embark on a vast musical journey that he’ll gladly have you along for. 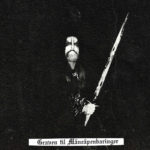 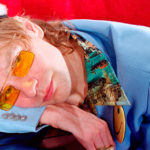