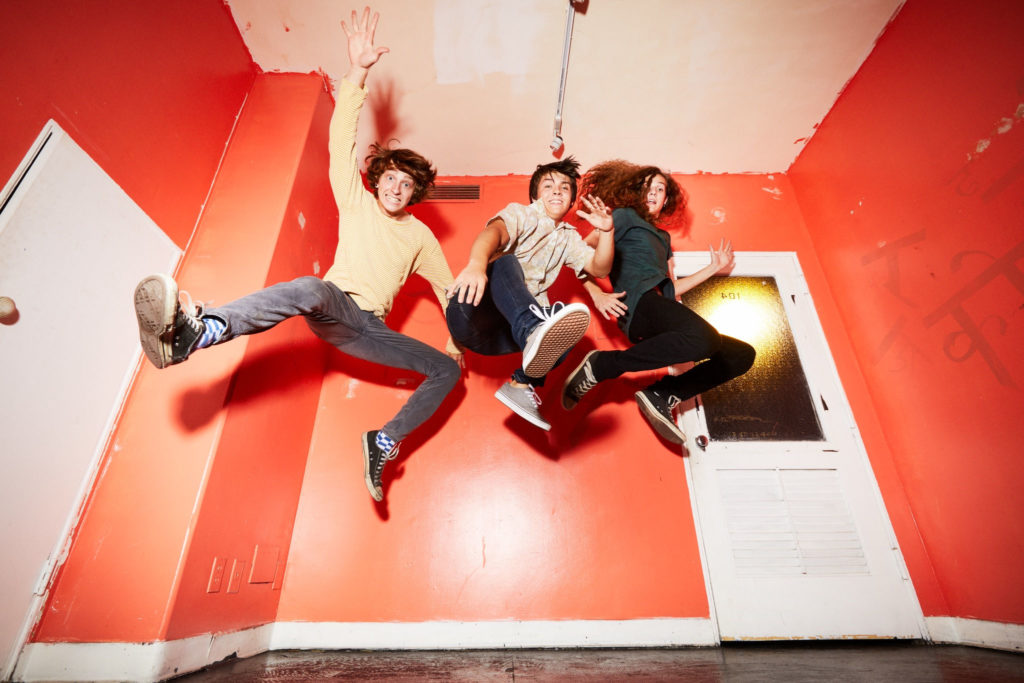 We’re taking another trip Down The Rabbit Hole today with the fellows from JunkBunny. We recently helped unveil the band’s latest single, “Another Summer Song,” which is included on their brand new four-track EP, Down The Rabbit Hole, which was just released this week. “See You In Heaven” is their latest single, a hard-hitting track, laden with urgency and raw energy. The momentum keeps building for this quickly emerging new act that has been turning heads since the release of their Howard Benson-produced debut EP, Junk Rock.

Talented and experienced well beyond their years, the trio of guitarist Mac Johnson, bassist Cayden Diebold, and drummer Jake Douglas are all still under twenty years old. They’ve all been jamming away together since grade school, before becoming one of the most recognized local acts in Houston when they were all still in high school. Not a lot of musicians who are 18/19, or any age for that matter, can say they’ve opened for ZZ Top, Jon Bon Jovi, and Sammy Hagar, but JunkBunny can.

For our latest Geared Up interview, we spoke to JunkBunny lead singer and guitarist Mac Johnson to discuss his favourite guitar, the Gibson ES-335 which was integral in the recording of Down The Rabbit Hole and every song that the band has ever recorded.

Mac Johnson: “All three of us have our own things we use that give us our unique sound, but the guitars we use are the biggest contributors to that sound. We use Gibson ES-335 Studio Dot guitars.”

How did you come to possess your Gibson? Vintage shop, regular shop, borrowed money, gifted? Give us the details.

“Once we signed our deal with Lava Records, we had a little bit of money that we could use to spend on better gear. The 335s were probably the first thing we bought, because they contributed so much to the sound we have on the EP. The guys over at Chicago Music Exchange hooked us up with the two 335s we currently use. I went with black and red because they look sleek.”

What made you choose the 335 and were there any close seconds or alternates?

“When we were recording the EP with Howard Benson in L.A., we messed around with a lot of different guitars and amps to try and find the sound that we wanted. Once we tried the Trini Lopez 335, we knew that was the right sound for us. After we recorded, we went ahead and got the 335s, since they are so similar.” 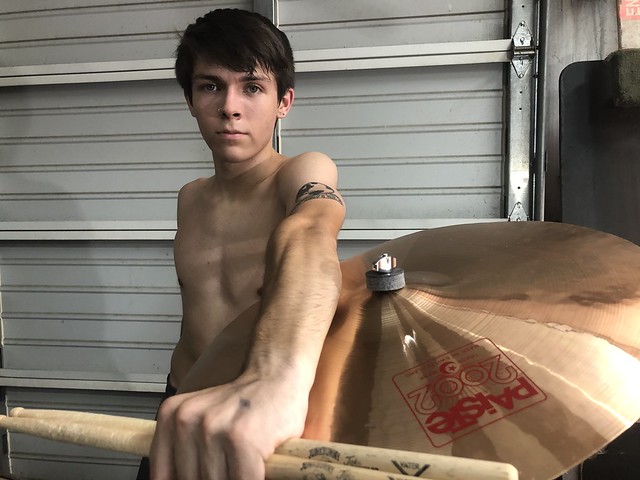 What about the 335 makes it so important to you?

“Since it’s a hollow body guitar, it gives us a way deeper and fatter sound, which is good for us since we only have one guitar player. it also works well with the fatter chords we like to use in our songs. Also, the 335s just look really cool.”

Did you use this guitar during the recording of Down The Rabbit Hole?

“We used a 335 to record almost every single guitar part we have. It just sounded so great on the songs that we couldn’t stop using it.”

Do you have a special way that you recreate your EP tones in a live setting, or is it more just plug-and-play?

“We sort of do both. We use the same guitars and stuff we recorded on the play live, but we use modelers instead of amps, which has made our lives a thousand times easier. We pride ourselves on being able to set up and tear down fast and efficiently, but also have a killer live sound while playing.”

We know you love this Gibson, but are there any major cons? (Ok, now you can also list the pros.)

“It’s hard to think of any cons with that guitar. It just works so well for the kind of music that we play, alongside just being a really sexy-looking guitar. Maybe they’re a little bit heavy, but I’m a big boy and can handle it.”

If you could, or wanted to (maybe you don’t at all, and that’s cool), what would you tweak or mod on this guitar?

“If could do anything to that guitar, I would probably just add locking tuners. Right now, I just have the standard hardware on it, but I love how easy locking tuners make the string changing process.”

How easy is it for you to tweak it and get the tone/sounds you need?

“It’s pretty easy since I just have to put the thing on and play it. I would say that the modeler I use takes the most tweaking, but even that is something I rarely have to mess with. We like using gear that makes our setup easier, so we can totally just focus on delivering a kick-ass performance.”

How does this particular guitar hold up with regular touring and gigging?

“It’s worked great so far and we’ve never had a problem. Maybe you’ll break a string here and there but that’s something everyone deals with.”

Do you have a backup for your Gibson?

“We always have a backup guitar on us, just in case things get a little hairy. It’s just another 335. Same exact deal.”

“The worst thing that ever happened to us was when the guitar modeler crapped out on us right at the beginning of our first sold-out show. The sound guy was running phantom power to the modeler, which fried the thing and made it useless. Everyone in the crowd had to stand there and stare at us while we tried to fix it.”

Any final thoughts or comments on the Gibson 335?

“Really nice guitar. Ten out of ten would recommend.”