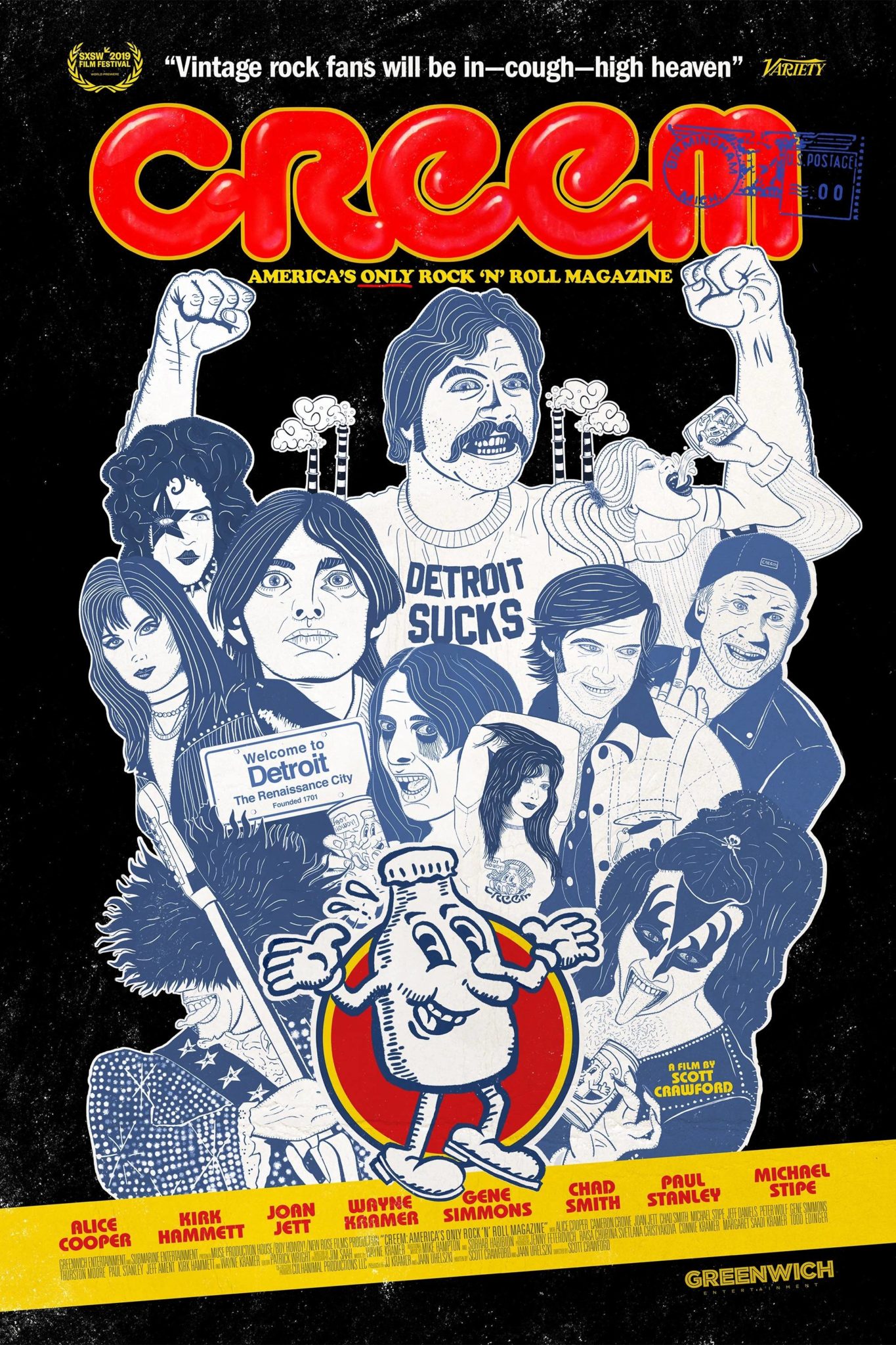 They were young, rail-thin long-hairs donning tie-dyes and denim — modern-day ministers on a common mission to spread their own “Good News” Gospel. With reckless abandon, they engaged in rampant drug use, unabashed booze bingers and frequent physical confrontations — with each other. They first came together during the golden age of rock and roll — 1969. But they weren’t unrefined instrumentalists — they were unfiltered journalists. And this isn’t a biopic of some bloated band. It’s the story of CREEM — “America’s Only Rock ‘N’ Roll Magazine.”

Notoriously unapologetic, the “America’s Only Rock ‘N’ Roll Magazine” mantra crowned the iconic CREEM logo plastered across the cover of each monthly edition for decades. Albeit a bit brazen, the statement was true. Birthed in the backstreets of Detroit, CREEM was head shop owner, Barry Kramer’s bastard lovechild — a disruptive delinquent who might get you busted but was always much cooler and way more fun to hang out with than Jaan Wenner’s highfalutin’ uptown honor student.

As a church-raised, rock-crazed kid coming of age circa ‘74, CREEM was my other Bible. Where else was a sheltered youth from Springfield gonna learn about Lou’s lust for the wild side or become enlightened by Bowie’s bi-sexual confessions? CREEM revealed Alice’s alcohol-soaked wonderland, while apprising me of the Bat Lizard’s latest exploits. CREEM placed me on a rocket to Russia, then took me to Heaven tonight. CREEM introduced me to the Queens of Noise and the Dolls of New York. And as an ever-horny high schooler, I was “energized” by the full-color, full-page pinups of such “CREEM DREEMS” as Debbie H, Suzi Q and Wendy O, as well as by Grace Slick’s infamous “CREEM Profile” nipple pic — multiple two-tissue tussles, to be sure.

“Buying CREEM was a little bit like buying Playboy — you didn’t want your parents to see either one of them.” –Jeff Daniels (Actor)

CREEM was a “Welcome” mat for old-school rock and a launchpad for new-age punk. As a result, CREEM always smelled familiar, but never tasted stale. Typically spot-on, occasionally mean-spirited, often hilarious and consistently honest, the irreverent journalism spewing from the pages of CREEM informed my teenage writing passion. Nearly 50 years later, those dogeared CREEM back issues still inspire me.

As for the documentary, it’s a riveting romp back to a time when music journalism and creative writing were still considered precious commodities. The film yanks back the curtain to expose the often volatile CREEM environment — vivid stories of sex, drugs, music, money, egos and infighting, told by the editors, writers, photographers and artists who were there, battling on the front line.

“I lived by what was printed in CREEM magazine.”
-Kirk Hammett (Metallica)

The film’s roster of rock star contributors reads like a “Who’s Who” list of rejects from an updated “We Are the World” video shoot; from members of Metallica, KISS, Red Hot Chili Peppers, Sonic Youth, Pearl Jam, Circle Jerks and REM to Alice Cooper, Joan Jett, Peter Wolfe, Ted Nugent and the great Don Was. Even one-time CREEM staff writer, Cameron Crowe, rescheduled a high-profile Hollywood martini luncheon to stop by and chime in with his unique, personal perspectives.

The CREEM story is explosive — heart-stopping and heart-breaking. The commentary is compelling — honest and real. The vintage black and white footage — simply fantastic. Yet, despite the film’s overall undeniable WOW-factor, the viewing experience is enhanced even further by the amazing and amusing illustrations of renowned artist, Sherise Seven.

For those who lived through that magical era — those who embraced the “Gospel” and worshiped the music, CREEM — “America’s Only Rock ‘N’ Roll Magazine” is a must-see. For those who missed out, this is also a must-see. And fortunately for all, it’s currently available widely across an array of streaming services.