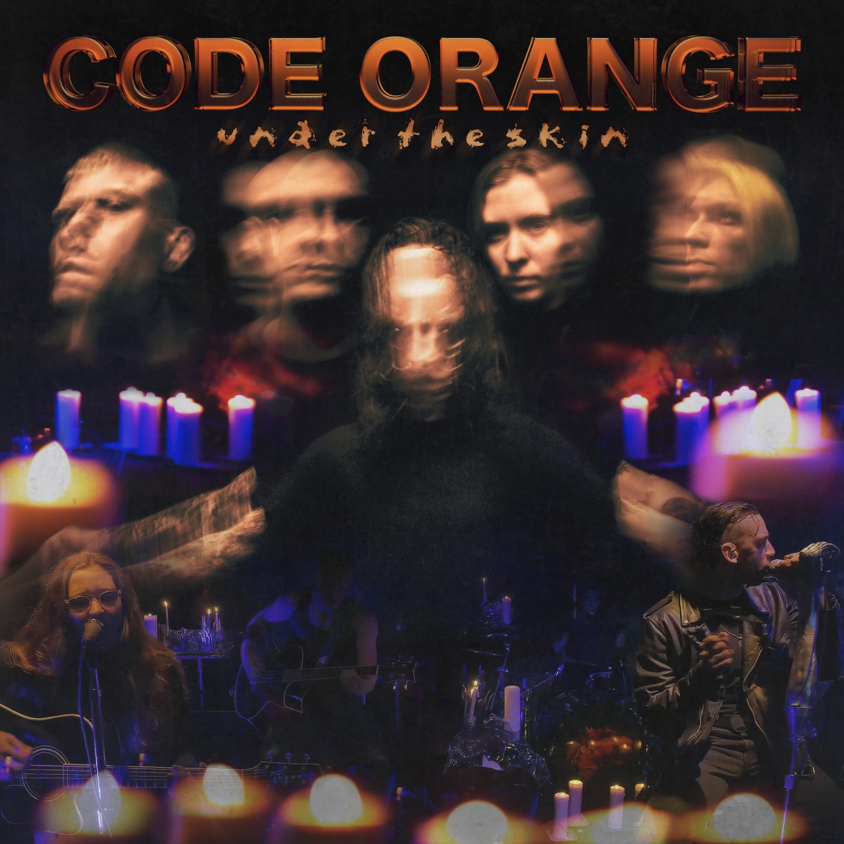 For those of a certain age, memories of some truly iconic MTV Unplugged sets from the likes of Nirvana (read our retro review here), Oasis and Alice In Chains still live on. Giving groups the chance to reinvent their music to intimate crowds, the series produced many unforgettable moments. Fast forward to 2020 and the entertainment industry has gone to shit. Tours are cancelled, albums are left without any means of promotion leaving bands in a horrible state of limbo. Thankfully, throughout this shitstorm, the more creative acts have taken it upon themselves to use whatever means they can to get their music out there. One such band are Pittsburgh revolutionaries Code Orange, who dropped their genre-smashing new album, Underneath, mere days before the world went into a COVID-19 meltdown.

Quite honestly though, what better band to rework their music than Code Orange? They’ve already proved they can destroy the boundaries between metal, hardcore, and electronics so why not rewrite the whole thing completely? Which is exactly what they’ve done on their Under The Skin disc. A “live” offering in the formula of the MTV Unplugged series and recorded at one of their numerous online streams, Under The Skin sees the metal heavyweights strip their sound right back to the bare bones. Gone are the slabs of pit-mauling hardcore and eardrum piercing electronics to be replaced by brooding, moody, dark reworkings of the likes of opener “bleeding in the blur” or their cover of Alice In Chains classic “down in a hole.”

Listening to the band performing dramatic, haunting renditions of tracks like “under the skin” and “only one,” it’s hard to believe that this is the same group who, a few months earlier, were being touted as one of the new breed of heavy acts to watch in 2020. The atmospheric soundscape of “peace” bleeds into “dreams 1 +2” and, if you shut your eyes during “sulfur surrounding,” you could almost imagine you’re listening to Nine Inch Nails jamming with Nirvana. For hardcore Code Orange fans though, point your ears in the direction of the album closer “hurt3” which sees the guys bring this effort to a conclusion in traditional Code Orange style. The musicians batter through four minutes of dramatic effects and machine-like electronics bringing the whole thing crashing to a clinical, brutal end.

When Code Orange burst onto the scene a few years ago, they were a bit of a hardcore secret. Rave reviews brought them to the attention of the world before Underneath saw them spit their blueprint out of the window to the surprise of many. Thankfully, COVID-19 bringing chaos to the planet, the band aren’t going to let one of the most important heavy albums of 2020 gather dust and, by reworking their material, have proved why they aren’t merely one of the groups to watch, but more like one of the most important bands in the modern heavy music scene. Full stop.

Under The Skin Track Listing: