UK folk-rockers The Levellers are set to release their latest album, Peace, on August 14th via On The Fiddle Recordings, and now have unveiled their new single (and its accompanying music video), “Generation Fear.” A highly socio-political song, bassist Jeremy Cunningham commented on the lyrical content, noting, “‘Generation Fear’ is all about the low level fear people have about their position in the world, how they relate to their neighbours and other people, older and younger. The lyrics then move on to the bigger worries of global militarism and climate change.”

With thirty years of musical history to their name, Peace marks the Brighton band’s timely and reflective commentary on the current state of the world. Singer/guitarist Mark Chadwick shares that “It’s an aspirational title. We’re searching for peace. I’m not a religious man, but it feels like the devil is walking the earth right now, but that doesn’t mean there’s no hope.” 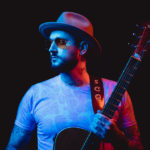 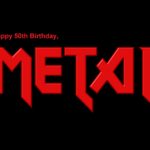