On Friday the 13th, 1970, a little band from Birmingham released their self-titled debut album through Vertigo Records, a melancholy, blues-drenched, guitar riff-heavy affair with a foreboding cover that would change the way we look at and listen to music for all time. The question of what the first heavy metal album was has been a consistent subject of fan debate over the years, but the general consensus is that it was this Black Sabbath record that first embodied all the denim-clad bells and whistles that would lead the charge, sans any folky window-dressing or psychedelic silliness. It was dark, it was heavy, it had naughty lyrics about that bloke that fell from grace, and Ozzy’s voice was unique and cast with shadow. And yes, it was the birth of heavy metal, hands down.

What that effectively means is that this apocalyptic year of 2020 is, in fact, the 50th birthday celebration of the genre that would garner the most controversy and recruit the most ardent fan-base that music has ever seen. More than any other kind of music before or since, heavy metal has evolved and stretched its leathery wings to become a global phenomenon that has shocked the naysayers of the past and will continue to inspire generations to come, and the story is one jam-packed with incredible tales of wonder, humour, and mystery (oh, and some tasty, tasty tunes).

The road that Sabbath (and they’re contemporaries in Led Zeppelin, Deep Purple, Judas Priest, KISS, Motörhead, etc.) paved changed the face of ‘70s rock music from a ‘60s hangover of middle-of-the-road blandness into one of exciting adrenaline and pumping fury. In the mid-‘70s, punk rock emerged to destroy all the bloated excess of the music industry, and would also become a notorious addition to metal that would push the evolution to new depths in the ‘80s, when the family tree would blossom into maturity (and new levels of extremity). By the time the genre turned 20 in 1990, it had already spat out NWOBHM, speed metal, glam metal, thrash metal, grindcore, doom metal, death metal, and the fertile seeds of what would become black metal. It had gone from being the black sheep of the family to one of the most popular kinds of music around (especially with the meteoric rise of glam metal from the early ‘80s into chart-topping uber-success by the end of the decade), and it looked to become a dominating force that would hold court regardless of its shadowy corners. But in every well-paved road, a pothole occurs when you least expect.

Hair metal had pushed the boundaries of excess and metal itself to become a leading form of popular music, but as with most music genres that become immensely successful, the early ‘90s gazed upon the coked-out face of glam and decided that party music needed to become something real and gritty for the youth to relate to. Alternative music (a genre that never really was, as it encompassed so many facets and couldn’t be the alternative if it was mainstream – ironic, innit?) and the rise of the grunge scene stripped popular music right back down to its flannel-clad, punk-driven roots and took tunes back to the streets (as suburban as they were), and the metal world found itself shut out once again. Many would disagree, but this was exactly what it needed to both survive and find new avenues of creativity.

The only bands that found any success in the ‘90s would be Pantera (who would fly the metal flag in the face of adversity and revel in their metalness), White Zombie, Machine Head, and a few older players that stretched themselves, such as Slayer, Anthrax, and, of course, a band called Metallica. Metallica were already one of the biggest bands on the planet, and had had enough pigeon-holing in the thrash scene in the late-‘80s to decide to kick down the fence and shock everybody with their astonishing, bold self-titled album that felt very much like the advent of the self-titled Sabbath album that began it all in 1970, and would be a new starting point for a lot to come. But it was the delightful underground that would provide the real future of heavy metal, a place where the music began and where it continues to thrive today.

Death metal was almost as big and vitamin-enriched as glam and thrash in the late ‘80s/early ‘90s, and seemed to be the most extreme music known to man, but even that scene had grown tired and worn out with even bands like Carcass and Morbid Angel signing to major label imprints (a short-lived affair, especially when Seattle arrived). The second wave of black metal burst into flame in Norway in 1991 as a reaction to the recent popularity and unexpected normal-ness of death metal at the height of its powers, and would give us some of the most fascinating controversies, characters, and music of the heavy metal genre. Other sub-genres such as power metal, melodic death metal, and stoner metal would use the ‘90s underground to fight the good fight in the face of the nu-metal invasion of the late ‘90s (a genre that fused many different sounds and ideals, of which metal was merely used as the aggressive basis), but it certainly felt as though that’s where it would remain for the rest of time.

And then, in the early 2000s, an amazing revolution occurred. Kids started finding metal again, from the classics to the new warriors in bands like In Flames, and the guitar virtuoso (borne of metal in the ‘80s and killed off the ‘90s) crawled out of the practice space once again. Acts such as Killswitch Engage, Lamb Of God, and Trivium started to get REAL popular and treated metal as the hallowed form of expression that it always was. Guitar solos became a big thing again (DragonForce and Arch Enemy had a lot to do with that), vocals mashed up the growls and shrieks of the past with more melodic forms of music like the new generation of hardcore, and scenes started lighting up across the planet. Newer bands toured with older giants like Kreator and Dio, huge festivals like Ozzfest added Iron Maiden and Judas Priest to the rosters, and even glam emerged once more in the guise of Backyard Babies and Hardcore Superstar (not to mention the original hair bands like Ratt, Crüe, and Poison recording and touring again), and publications such as Metal Hammer returned to the metal adoration of yore.

Since then, and with the birth of iTunes and streaming, and the demise of the record industry as we knew it, the evolution of metal has been on a fast-track never imagined. Sub-sub-sub genres pop up every other week to comfort the fans and bands involved and give them a space in which to continue without prying eyes, and heavy metal has become a sustainable, monstrous business that continues to flex its creativity beyond even its own wide borders. All the big extreme genres like black metal, death metal, and grind have new leaders in the form of Mgła, Blood Incantation, and Nails, and the worlds of doom, neo-thrash, stoner, prog, djent, metalcore, and many, many others are as healthy and lush as one could ever imagine, if not more. Social media, BandCamp, Spotify, metal forums and chat rooms are numerous and widespread as metal itself, a community built by the fans and passionate ones, and one that refuses to die or allow dilution. It’s a beautiful thing that deserves every inch of love and success, a DIY world that exists because it damn well has to, and can never be defeated.

And, thus, I wish my beloved heavy metal, in all its wonder and glory, the happiest of happy birthdays on this, its 50th year of being. In a year that has been immersed in COVID-19 depression and a constant battle to survive, we as rabid fans of the greatest genre of modern music have much to celebrate and shout out to the world of boredom, conservative values, and gloom – this is our time now, a place where we as fans continue the lineage and make the decisions, existing in an underground that is so bloody huge that it’s more in-your-face than ever before and has more exposure than could ever have been imagined, and we are legion, sisters and brothers. Whenever someone gives you grief for being a headbanger (which is still a badge of honour and something worth fighting for), kick sand right back in their face, raise those horns, and tell them that their opinion is moot and narrow-minded, an outmoded vision that holds no water whatsoever. Heavy metal is not only the rich past, but a very bright future of people that burst with imagination and will always be there, rain or shine. Be proud of your heritage, keep on growing this monster in any way you can, and help me blow out the candles on this birthday cake, festooned with black icing and decorated smugly with a red pentagram.

Happy birthday, you beautiful thing. Never stop being you. 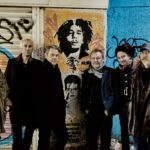 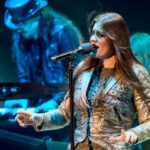