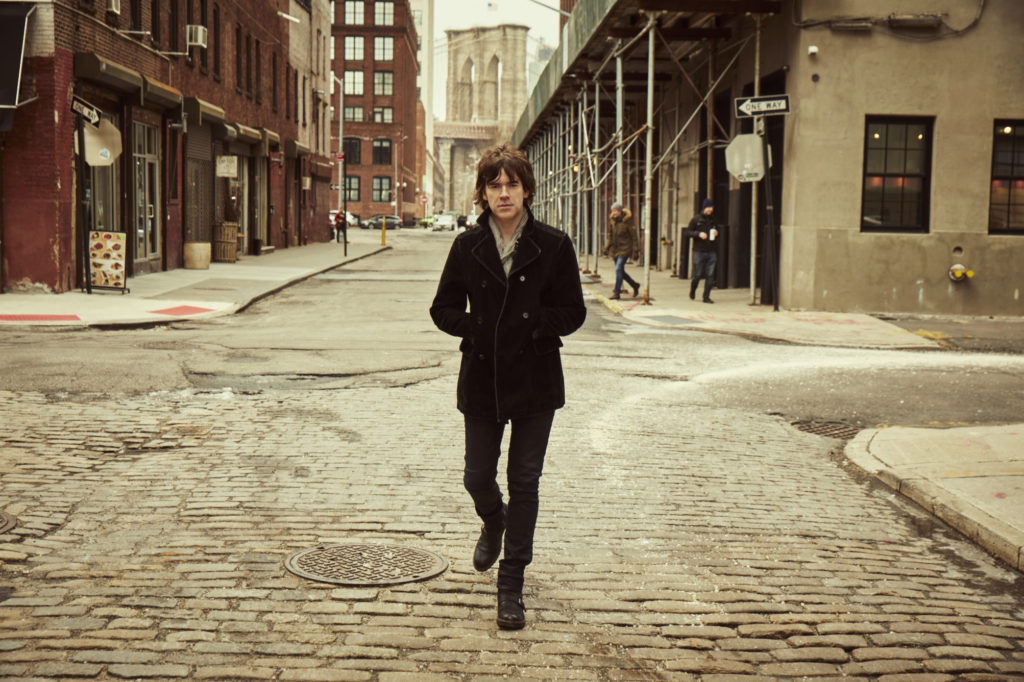 As a purist for the historic and powerful roots of music, poetry, and creativity, Masterson has a soft spot for the ultimate totem of the music world: vinyl. As such, he happily leads the charge in this Vinyl Variety feature, with a love letter to his favourite record store in the world. Take it away, Adam.

My favourite and most beloved record store is Rough Trade Records in Ladbroke Grove. I used to live a five-minute stroll from it, at my flat at the bottom end of Blenheim Crescent, and I have many happy memories browsing its shelves and discovering new music that would influence me as an artist and give me many happy hours.

It’s in a beautiful part of the world where Talbot Road meets Portobello Road. On Saturdays, the market is in full swing. All hustle, haggle, and colour. I remember a great Caribbean steel pan busker on that corner as I’d make my weekly visit to Rough Trade.

It was great whenever Nigel House was manning the desk. I first met Nigel while I was buying a record in the store. I’d just put out an album myself and Nigel recognized the name on my card and remembered my record. Of course, I was chuffed that someone out there knew my music, but it also gave Nigel an excellent idea of the stuff I might like. Over the years, Nigel pointed me in the direction of quite a treasure trove of gems. Mainly compilations and reissues, but it makes for quite a haul.

On that first encounter, he alerted me to an extremely good compilation of rare soul sides, Dave Godin’s Deep Soul Treasures. I would go on to buy several of the volumes in the series. I remember a very early James Brown soul track in the series called “Lost Someone” that really showed me another beautiful soul side to James’ voice. I discovered a singer called Syl Johnson who I became a huge fan of, a kind of un-sung Al Green.

Another great compilation I remember getting from Rough Trade was SEX: Too Fast To Live Too Young To Die, it was a complication of tracks that featured on the juke box from Malcolm McLaren and Vivienne Westwood’s Sex shop on the King Road in the ‘70s. I really loved this selection of ‘60s and ‘70s psychedelic and garage rock. The CD opened with Count Five’s opus “Psychotic Reactions” and a really cracking track I loved by The Creation called “Through My Eyes.” I remember becoming really influenced by this compilation at the time and saw it as a kind of missing link between the ‘60s and punk. I dug The Troggs song “I Can’t Control Myself” and shamelessly stole the title for a song I was working on. Lyrics also bled into that song from “Monster in Black Tights” by Screaming Lord Such & The Savages, so I was a bit of a sponge to this stuff and immersed myself in these influences.

Other recommendations from Nigel was a cracking Compilation of Serge Gainsborough songs, and also another favourite of mine and big influence, Scot Walker Sings Jacques Brel. I got heavily into both of these records.

So a big thank you to Rough Trade and Nigel. Record stores are so important to us music fanatics and the people who work there open up avenues to explore that we may have not gone down ourselves. That human commodity of someone enthusing about a new record you should check out is so rare now in this world of algorithms and something we should cherish. So, long live the record store! And in this constantly changing market of music, may they not only survive but thrive!