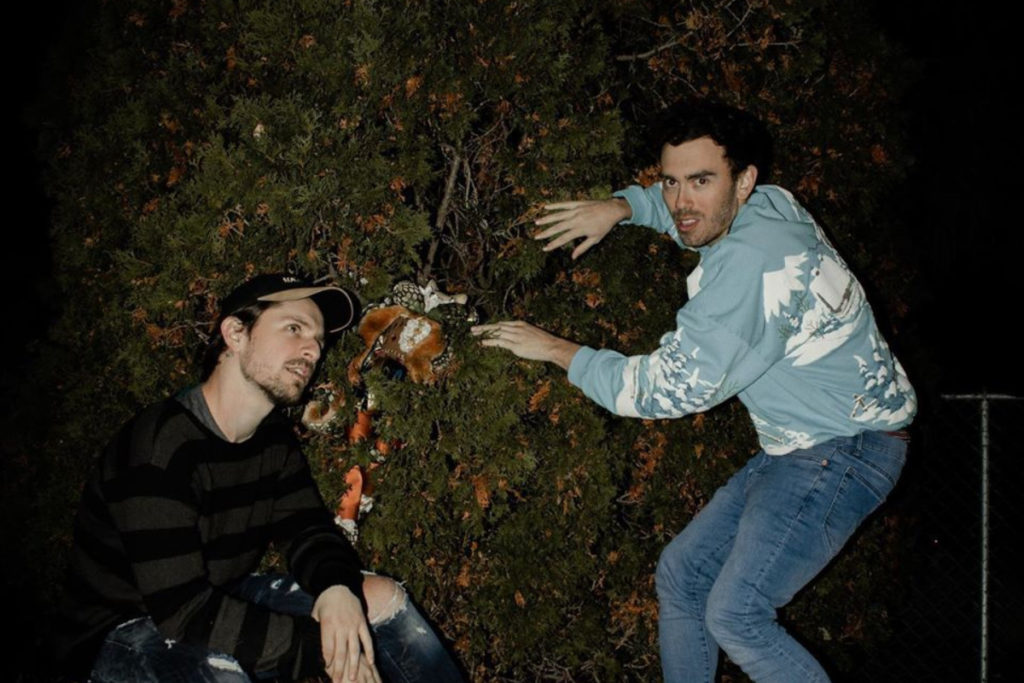 With indisputable evidence that the sum is certainly greater than the parts, Hechael and Fit The Bill have teamed up for their latest musical adventure which comes in the form of their brand new split EP featuring three new Hechael tunes, and two from Fit The Bill, including the unmistakable pop-punk stylings of “Home Tonight.” Due out on July 26th, the split largely came together remotely due to the restrictions surrounding the COVID-19 pandemic. The bands originally intended the recording process to take place in-studio, but they were forced to recalibrate and record their songs at home with Fit The Bill’s Cody Alan Lossing and Miles Dennis Stanis overseeing the process. It’s an exciting release from two recently established bands that are quickly climbing the ranks of their respective genres.

With some words on how the recording process had to modified in light of our current realities, the members of Fit The Bill stated, “In March, days before going into the studio, things took a turn with COVID-19 being the cause of a stay at home order. We then decided to record remotely, and send in the songs to be mixed and mastered by Mark Stewart of Raydon Studios. Recording from home has been something we’ve been doing for a while now, so it was cool to take a route we’re familiar with, and create this split.”

Based in the city of Port Huron, Michigan, Lossing and Stanis first met six years ago and have been writing and recording together for most of that time. They’ve done some genre-hopping in that time, from alternative rock to indie to pop-punk but what has remained the same is their energy and excitement for their music. They are very much on the same page when it comes to their musical vision, and their confidence and musical chemistry is very much evident within their music. Friends before artists, Lossing and Stanis know what they’re doing and know where they want to go with their music.

Hechael, pronounced ‘Heckle,’ on the other hand, are two long-distance friends who come together every few months to write and record together. Hector M. Alicea Torres is based in Puerto Rico while his bandmate Michael Klave is stationed in Michigan. Not allowing their distance to get in the way of their objective, Hechael attempts to bring listeners closer together through music despite the thousands of miles that separate them.

With their split EP soon arriving, Fit The Bill and Hechael are ready to emerge in a big way. Whether its distance, a global pandemic or not being able to use an actual recording studio, nothing is going to stand in the way of these two ambitious young acts.