What started as a cheeseburger joke lead into the punch line of the best condiments found on an astronomical offering of two sesame seed buns aligned with a starship-like all-beef patty harbouring at an outer space fast-food drive-through.

The band name Lettuce can carry one into diverse shopping images and words so, before this interplanetary Tonight Show begins, let’s soiree and speak with one of the main chefs, drummer Adam Deitch, about Lettuce’s practice of culinary skills. The band is hot off the release of their brand new studio album, Resonate, released on May 8th via Round Hill Records. It’s the follow-up to their 2019 album, Elevate, which received a Grammy nomination for “Best Contemporary Instrumental Album.”

I know this question is over abused, but why the name Lettuce?

It seems like a bunch of side musicians got together just to have fun. I don’t want to read your bio, although it could save you a few headaches, I just want to freewheel this interview if that’s ok and just give us your updated version of how all of this started.

“We all met at a music college in Boston. Started a band and began recording and performing.”

I would think it conceivable that your musical influences come from a myriad of places. Is there anything off-limits when it comes to coming up with composures?

“Composures? We are influenced by music of all kinds. Especially American soul, hip-hop, and funk.”

Let’s talk about Jeff Beck and Jan Hammer, Government Mule, The Commodores, The Grateful Dead and The Roots for a moment, please?

“The Roots are very influential to us. And our keyboardist Nigel Hall loves Jan Hammer.”

Have you ever heard the Shaft soundtrack or any other notable soundtracks worth mentioning? What do you think about the movie Car Wash, the original?

“Our documentary Let Us Play has a great soundtrack. You should check it out. That’s the Way of the World is a movie that has EWF doing the entire soundtrack! The album from that soundtrack is more legendary than the movie!”

If you could record a film score for any director, who would it be?

If you guys could jam on Sesame Street, who would you hang out with?

I noticed you got a Grammy nomination. Once you’re in, you’re in like Errol Flynn!

“Hopefully we win one from our new album Resonate.”

How many of you started off playing music in school and what’s your thoughts on the government taking away funding for musical education at an elementary level?

“My mother taught elementary school music for 30 years of her life. Music teaching involves students learning life skills. Her students are very grateful for her dedication and helping them work hard at something and achieving goals which relates to rest of their life. Expression of emotions is very important to children and adults.”

Well, since Lettuce is the name of the band, what cooking abilities do you have, and what’s your best dish served?

“I make a mean Japanese hibachi rice with veggies!”

And a fine wine to go along with supper as well as a perfect soundtrack for the evening?

“Anything from Benny and Zoids’ selections. Our horn players have a natural wine company. Our band is very pro-cannabis as well.”

Anything you might want to add to tip your maître d’? 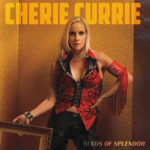 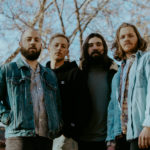