South Africans love a good anthem. Ours, with its four different languages, beautifully and tragically tied to our history, tears me up every time. In my mind, there is nothing better than standing in a crowd, singing an anthem – perhaps this is why I love a wall-to-wall crowd at a music gig when everyone knows the songs and everyone is deeply committed to singing them. Crown the Empire’s Cape Town appearance on the 28 February 2020 was like an hour-long marathon of anthems. The crowd could not have been more dedicated to letting the Texans know how damn happy they felt, and how much the music meant to them.

By the time vocalist Andrew Rockhold came tearing onto the stage, every second person was wearing their newly purchased t-shirts or the now infamous masks. Talk about fire! Talk about energy! He had the crowd at his every beck and call. He got us jumping, he got us sitting down (which, for a moment, was eerily similar to attending church) and he got us crowd surfing. It was a total gimmick fest, but it not only worked, but it was also backed by an awesome show. Ten years into making music, this band is still as young and effervescent as the teenagers they were when they began. They can hold a crowd in their hands.

While people all around me were belting out every CTE song, I was marvelling at the ability of CTE to bring romance to people’s lives. Watching them play was like a massage of the heart. Couples were kissing, grown men with red faces and sweaty backs, veins bulging in their necks, looked like they had discovered bliss. It was emotional. CTE is a warm and inviting band, their lyrics both mournful and joyous. I mean, who is not moved by the line, “We must be more than just machines, so let them hear our hearts.”

By the time they had finished their set, it was well past midnight and I was ready to get home. The night had been a marathon run of metalcore. Four opening bands before the main one…almost total madness. Thankfully, every band kept the crowd united and I was proud to see them bringing their best. The night opened with Peasant, a total powerhouse of a band that has grown wings in the last few years, cut their teeth on a tour of Europe and can be guaranteed to give a high-energy performance. Every time I watch them play, I am deeply impressed by how, despite being in a total niche genre of music, they can entertain and fire up any type of audience.

Joburg’s OneDaySky was a great long-distance addition to the local bands. They have made a few fans outside of their hometown and the Cape Town crowd was suitably enthusiastic. I do think they could work more on their composition and performance, which really showed its weak points when placed against the rest of the lineup. Cape Town’s As Time Divides brought another high-energy set. They are a very engaged and powerful band, filling the room and straining the rafters. Glenn Watling has a very brutal vocal so the clean backing of bassist, Luke Edwards, is a welcome respite. They lack a tightness which would take them to new levels, but make up for it with a dynamic stage presence. Bringing on Jesse Kuhn from Treehouse Burning as a guest vocalist really blew the room up. Talk about straining the rafters, there was so much fire on that stage, I wasn’t sure how Mercury Live still had a roof by the time they were done.

Like any parent with more than one child, I had a favourite from the local bands, just because they fit the night so well and have such a professional way about them. In fact, Set for the Sky even named their first album after CTE song, “Machines.” They deserved to be there in more ways than one. Set for the Sky may not be hella original, but they do what they do very well; especially when James Roberts opens his mouth. A finer local alternative vocalist is hard to find. I think by this time the crowd were longing for CTE and James even made a remark about how they WEREN’T Crown the Empire. I felt sorry for them for a moment. Despite this, Set for the Sky didn’t fail us and performed with the prerequisite amount of enthusiasm and good grace that I was almost sad to see them go.

There is no way I would say that Crown the Empire is the best band I have ever seen, but like most of the Jam Packed Productions gigs these days, we were given a high calibre performance. Everyone could see straight away how glad they were to be there. And while some people prefer technical bands, and others want it heavy, those who were there to watch Crown the Empire clearly wanted to have a good time and sing the songs they have gotten to know and love. Their albums have been heavily mastered to the point that you can barely distinguish the instruments, but watching them live gives you a new appreciation for what they can bring to their music. The strongest member in their live performance is Rockland, which is probably why they’re as good as they are even on an “international” stage. Thank you to Jam Packed for another awesome gig. Texas has some serious talent! 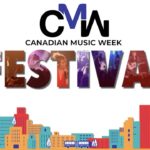 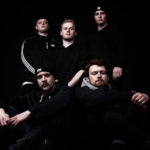